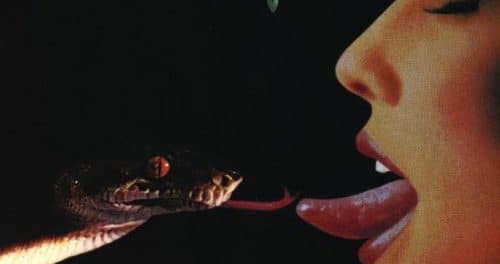 Slaughter‘s third album Fear No Evil, which was first released back on May 2, 1995, will be getting released on vinyl for the first time via Kiss My Wax Records. The vinyl release comes in two formats — The Definite Edition priced at $145.98 and The 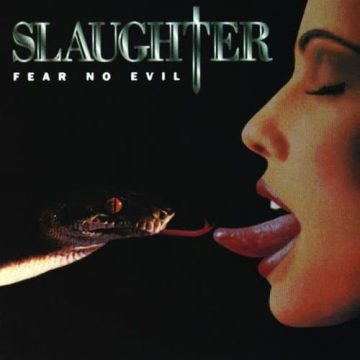 “KISS MY WAX Records is proud to announce Slaughter – Fear No Evil – The Definitive Edition for the first time on vinyl. Presale starts at noon Eastern on Saturday, May 15th. Extremely limited. Get your copy at www.kissmywaxrecords.com“

Sleaze Roxx stated the following in its review of Fear No Evil: “Fear No Evil goes in several paths musically, which may have been why the album went under the radar. This attempt is what gives the appeal to me listening to it years later. The musicianship is solid, showing not only the great songwriting, but it made me realize how underrated the late Tim Kelly was on this album. If you thought Slaughter was just a band with a high ranged singer and party songs, this album is the one to listen to that will definitely change your mind, and may convince you why I feel Slaughter was underappreciated. The collectiveness of musical styles, songwriting, and quality performances, gives this release nothing to fear in letting the listener enjoy a well recorded experience from an act that should get more love.”

Slaughter‘s Fear No Evil – The Definitive Edition on Vinyl Announcement with Mark Slaughter: 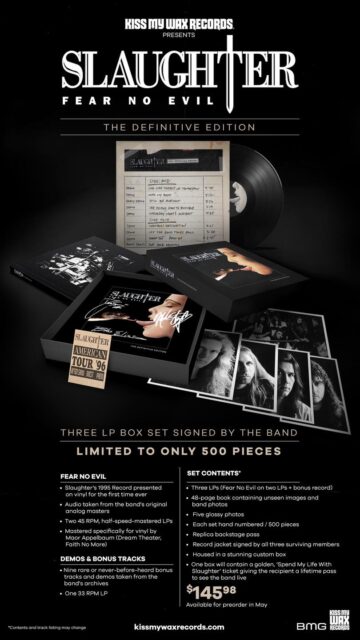 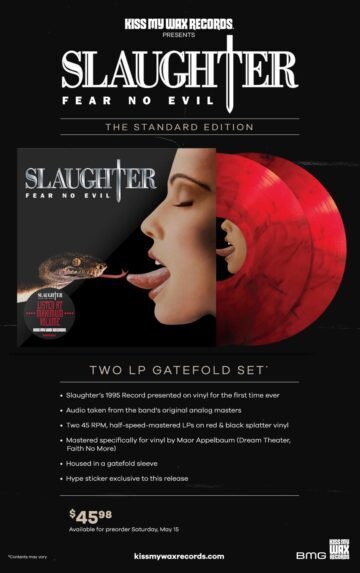