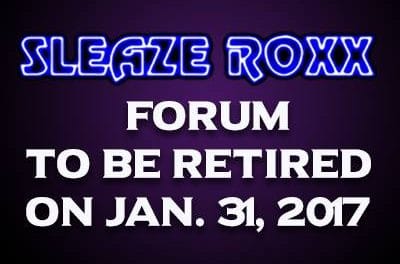 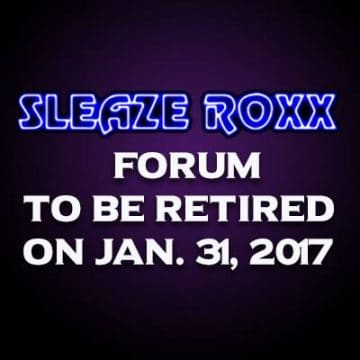 When I initially took the reigns of the Sleaze Roxx website back in June 2015 with the new website launching on July 10, 2015, I wanted to simplify the website and I therefore did not include the Forum.

The main complaint once the new website was up and running was that the Forum was not included so a few weeks later, I brought it back.

Unfortunately, the Forum hasn’t really been compatible with the rest of the website and has caused some functionality issues as a result.

In addition, the Sleaze Roxx Forum‘s popularity has declined considerably over the years.

There are a number of other reasons why the Sleaze Roxx Forum will no longer continue but I won’t bother getting into those.

The bottom line is that the Sleaze Roxx Forum will be retired as of January 31, 2017.

I am giving all Sleaze Roxx Forum users two and a half weeks notice so they can get whatever contacts and information they want to salvage from the Forum before it is retired.