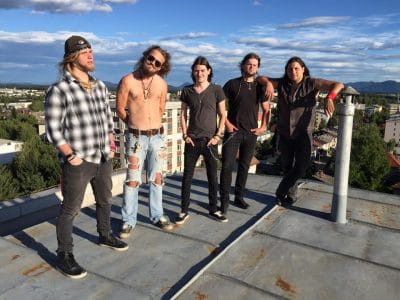 Sleaze Roxx is proud to premiere Slovenian rockers Tomcat‘s new video for their second single “Smell The Funk” from their new studio album Something’s Coming On Wrong, which has just been released (on January 20, 2017). This follows the release of the video for the band’s first single “Carnium.”

Tomcat‘s press release states: “Tomcat are one of the hottest and most hard working hard rock bands of the moment. They’ve just released the album entitled Something’s Coming On Wrong on the 20th of January 2017. The record has gotten some very positive reviews in their homeland and abroad and the band has celebrated the release with a release of their new video for the funy number Smell the funk. This time around, the cat has shed it’s serious skin and is presented in a funny and sexy way as the band explores new 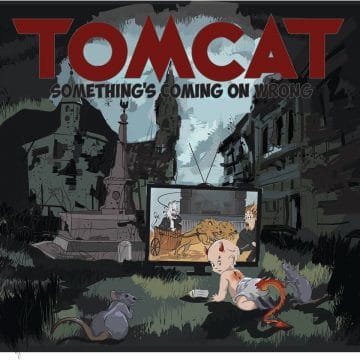 musical territories, combining their hard rock sound with some serious funky elements and mixing a healthy amount of sexy in the video itself.”

Sleaze Roxx stated the following in its review of Tomcat‘s new album Something’s Coming On Wrong, which included comments on the track “Smell The Funk”: Even though Tomcat hail from Slovenia, there seems to be a real Irish tinge flavour to a lot of their songs and with new singer Žiga Krasnič‘s killer vocal delivery. Tracks like the stellar first single “Carnium” and the engaging “Rosemary” may well make you think of the Black Star Riders. Tomcat describe themselves as an “exciting mixture of classic hard rock with modern metal, spiced up with elements of grunge, glam, funk and blues.” I haven’t really noticed any grunge on the album except perhaps for the last track “Time Will Rise” but the other influences are there but carefully incorporated into the songs. For instance, Tomcat do a stellar job of incorporating a whole lot of funk on their song “Smell The Funk.”