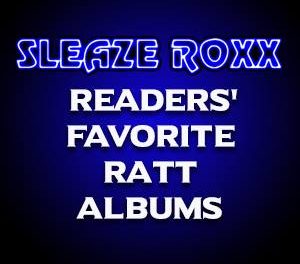 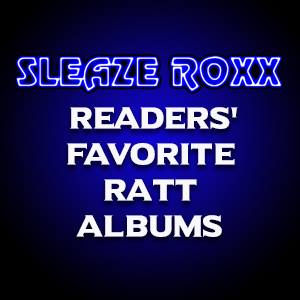 In a way, this is a sad time for Ratt fans and at the same time, an amazing time. Most Ratt fans will likely agree that it is better to have the iconic ’80s hair metal group continue rather than be inactive such as from 1992 to 1996. Most Ratt fans will also likely agree that having the remaining original Ratt band members — singer Stephen Pearcy, guitarist Warren DeMartini, drummer Bobby Blotzer and bassist Juan Croucier — together alongside guitarist Carlos Cavazo (R.I.P. Robbin Crosby) makes for the ultimate Ratt line-up that can be offered at this time and going forward. Instead, what we have is Blotzer touring under the Ratt name and brand with four replacement players while Pearcy and Croucier have assembled their own respective bands to essentially play Ratt songs at live gigs. Accordingly, in a way, it’s sad to have only one original band member left in Ratt and funny enough, the one left standing is the one with the least amount of songwriting credits for the Ratt catalogue of songs from inception to Detonator. Nevertheless, this era can also be viewed as an amazing one given that there are three different original Ratt band members touring and playing the Ratt classics to lucky audiences.

This time around, Sleaze Roxx readers were asked to name their top five Ratt albums. I thought that it might be a neck and neck race for the number one spot between the Out Of The Cellar and Invasion Of Your Privacy albums but this turned out not to be the case. There were what I consider a few surprises along the way but I’ll let you read on to see if you agree in that regard. Every Ratt studio album (except for 1983’s Ratt EP and 1999’s Ratt) received at least one number one vote and was mentioned in at least 50% of the readers’  votes proving that Ratt have many quality albums. Without further ado, here is the Sleaze Roxx Readers’ Favorite Ratt Albums!

p.s.: In terms of how the scoring was tabulated, it was very simple with a number one album receiving five votes, a number two album receiving four votes, etc. until you reach the number five album receiving one vote. When a reader attributed no ranking towards his/her top five Ratt albums, the number one album was identified as the first one listed, etc. The percentage that you see beside each album title heading is the percentage of total votes that the album achieved in this survey. As an example, if every Sleaze Roxx reader voted the same Ratt album as its #5 album, that album would finish with a percentage of 20% meaning 20% of the possible votes. 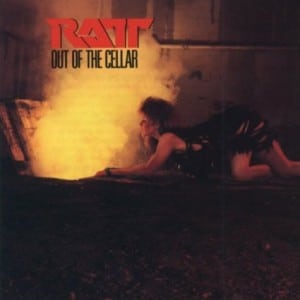 Ratt‘s breakthrough album Out Of The Cellar claims the number one spot in what turned out not to be a close race against the hair metal rockers’ follow up Invasion Of Your Privacy. Out Of The Cellar claimed 50% of Sleaze Roxx readers’ #1 Ratt album votes and was named one of the readers’  top two Ratt albums 71% of the time. Oddly enough, Out Of The Cellar was left off the voters’ top five albums 11% of the time implying that it is a love it or hate it (but obviously mostly love) album. There is no denying that Out Of The Cellar was a very influential album on the ’80s heavy metal scene given that it finished as the #3 album on the Top 12 Albums that have stayed with Sleaze Roxx Readers survey a few months ago. Boasting Ratt‘s best known song (the classic “Round And Round”), several well known standout tracks such as “Wanted Man” and “Back For More”, and many underrated gems such as “I’m Insane” and “She Wants Money”, it is no surprise that Out Of The Cellar remains Ratt‘s pinnacle and biggest selling album having achieved triple platinum status in the US alone. 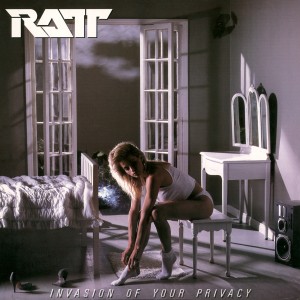 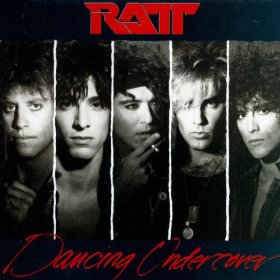 How do you follow up two great albums? Well, the answer is simple. With another very solid album. Ratt‘s 1986 released Dancing Undercover may not get as much love as its predecessors Out Of The Cellar and Invasion Of Your Privacy but it still contains some stellar tracks such as “Dance,” “Body Talk” and “Slip Of The Lip.” Unlike most of their contemporaries that softened their sound with synthesizers and keyboards, Ratt stayed the course with Dancing Undercover delivering another guitar based album and never “selling out” in the hopes of achieving more record sales. Clearly, Sleaze Roxx readers hold Dancing Undercover in high regard since the album figured in the readers’ top three Ratt albums 50% of the time. Dancing Undercover also tied Invasion Of Your Privacy for most third place votes among Sleaze Roxx readers’ favorite Ratt albums, which confirms that its number three spot in this survey is more than fitting. Not surprisingly, Dancing Undercover achieved platinum status in the States. 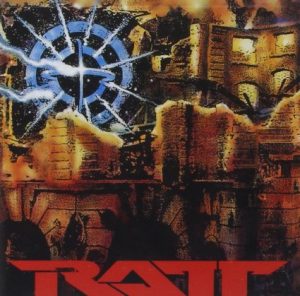 The last Ratt album to feature guitarist Robbin Crosby and bassist Juan Croucier was a solid one but clearly not as good as the “big three” (Out Of The Cellar, Invasion Of Your Privacy and Dancing Undercover). Perhaps one of the reasons that Detonator was not a bigger album is because Crosby‘s contributions to his last Ratt album had drastically reduced with only two co-songwriting credits on that album compared to Reach For The Sky where he had six co-songwriting credits or even Out Of The Cellar where he had six co-songwriting credits and one song for which he received all of the writing credits. As it turns out, the King appears to have been the glue that kept the band members together and likely a big reason why those first three Ratt albums were so good. Nevertheless, Detonator remains a favorite among Sleaze Roxx readers and even garnered 8% of the votes for top Ratt album. 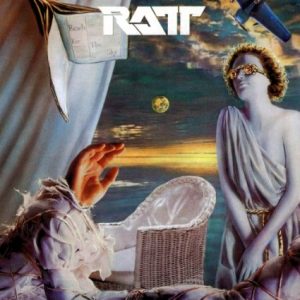 While Out Of The Cellar, Invasion Of Your Privacy and Dancing Undercover may have been somewhat similar in that Ratt did not stray away from a winning formula, Reach For The Sky sees Ratt taking some risks with some more commercial sounding numbers. The album still had some memorable tracks such as “Way Cool Jr” and “I Want A Woman.” It is the last album to feature Beau Hill as a producer. Reach For The Sky received the highest amount of votes for the Ratt album that Sleaze Roxx readers found fourth best with 16% and it was also the album that received the most votes for the Sleaze Roxx readers’ fourth or fifth favorite Ratt album with 34%. Accordingly, its number five spot in this survey seems more than fitting. 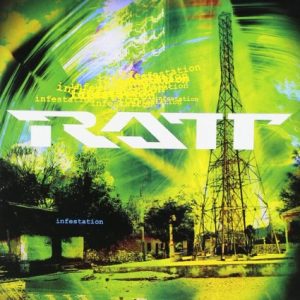 Many ’80s era bands try but few are able to recapture the sounds of their glory years. Ratt are one of the few who were able to recapture their magical ’80s era sound with Infestation, which was released 26 years after Out Of The Cellar and featured three members of Ratt‘s classic line-up with singer Stephen Pearcy, guitarist Warren DeMartini and drummer Bobby Blotzer. Sleaze Roxx readers named Infestation their top album in the Sleaze Roxx Readers’ Top 20 Albums of 2010 and the album landed the #2 spot on Sleaze Roxx’s Top Ten Albums of 2010. With such a great reception for Infestation, it is somewhat surprising that the album did not fare better in this survey. If anything, it shows just how difficult it is for a band to try to surpass its past glories. 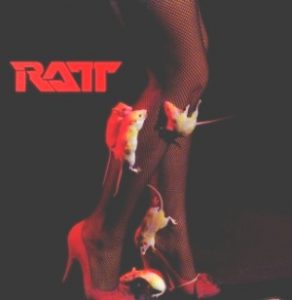 If you ever wanted to hear Ratt in raw, rough and ragged fashion, the Ratt EP is for you! If anything, the Ratt EP justifies why Ratt seemingly did become an overnight sensation with Out Of The Cellar as the EP already displayed Ratt‘s brilliance and was chock full of great songs such as “You Think You’re Tough,” “U Got It” and “Tell The World.” With so many strong tracks on the Ratt EP, it is surprising that Ratt chose to only redo “Back For More” for their debut full-length album Out Of The Cellar. It is also surprising that the Ratt EP did not receive more love among Sleaze Roxx readers considering that this is vintage and classic Ratt. In fact, the Ratt EP only figured on 36% of the Sleaze Roxx readers’ ballots as one of the top five Ratt albums. Of note, most of the writing for the songs was just credited to Pearcy and Crosby. 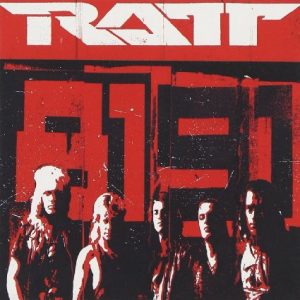 What’s a greatest hits album doing in the Sleaze Roxx readers’  top five Ratt albums? To be fair, only a handful of people voted for Ratt‘s first greatest hits package as a top five Ratt album. What is surprising is that Ratt & Roll 81-91 was actually voted by some Sleaze Roxx readers as the best Ratt album. Whatever the case, Ratt & Roll 81-91 contains arguably all of the essential Ratt tracks but the amount of songs per studio album is puzzling. Detonator has five songs on Ratt & Roll 81-91 while the multi-platinum smash Invasion Of Your Privacy is only featured with two tracks. Of note, Ratt & Roll 81-91 includes the song “Nobody Rides For Free” which was part of the soundtrack for the classic Point Break movie featuring Patrick Swayze and Keanu Reeves. 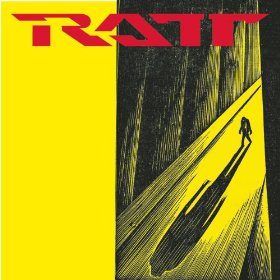 The last album to be featured as a top five Ratt album for Sleaze Roxx readers is the 1999 released album entitled Ratt. One wonders why the Ratt members would choose such a title when their debut EP boasted the same title. Probably not the best move from a marketing standpoint. The Ratt album saw the group going for a more blues oriented sound, which clearly did not resonate with Sleaze Roxx readers. This is the first Ratt album not to feature bassist Juan Croucier given that Robbie Crane handled the bass duties this time around. The Ratt album also featured a number of new outside writers including Great White‘s Jack Russell, Night Ranger‘s Jack Blades and Marti Frederiksen, the latter whom has written many songs with Aerosmith since the mid-1990s.