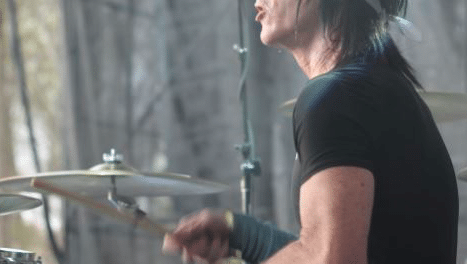 Sleaze Roxx’s picks for L.A. Guns alumni that will be playing with Steve Riley’s version of the band at M3

Drummer Steve Riley has recently revealed that he will be playing once again under the name L.A. Guns at the upcoming M3 Rock Festival that is taking place at the Merriweather Post Pavilion in Columbia, Maryland, USA from May 3 to 5, 2019. 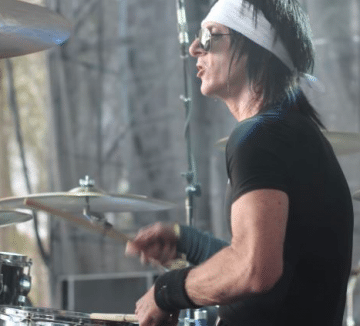 “There will be a second touring L.A. Guns in 2019 which will include drummer Steve Riley and guitarist Stacey Blades. No word on who will be singing.”

Assuming that Lafon is correct, it is pure speculation on who else will be part of the alumni joining Riley‘s version of L.A. Guns but Sleaze Roxx predicts / hopes that the following L.A. Guns alumni (in addition to Blades) will be joining Riley at the M3 Rock Festival:

Jizzy Pearl (Love/Hate lead vocalist) — Pearl handled the lead vocals on L.A. Guns‘ Shrinking Violet album released back in 1999. Pearl has experience fronting and replacing prominent singers in well known bands such as L.A. Guns, Quiet Riot and Ratt so could most likely handle whatever backlash that Riley and his L.A. Guns alumni might receive. Of note, Pearl appears to have a clean slate in terms of availability for shows in 2019.

Kelly Nickels (bassist) — A couple of months ago, Nickels and Lewis publicly debated whether the latter invited the former to rejoin the L.A. Guns reunion featuring Lewis and Guns. Lewis stated in an interview that both Nickels and guitarist Mick Cripps were invited to join him and Guns but both declined or weren’t available. Nickels denied ever being asked to rejoin the group.  Nickels played on some of L.A. Guns‘ best albums including the self-titled debut album (1988), Cocked & Loaded (1989) and Hollywood Vampires (1991). What better way for Nickels to get back at Lewis than playing in Riley‘s version of L.A. Guns? The reality is that we are really unsure whether Nickels would come out of retirement since he has seemingly not played with L.A. Guns since year 2000 but he’s our sentimental pick in that regard.

Michael Grant (Michael Grant + The Assassins guitarist) — When Lewis left Riley‘s version of L.A. Guns to join up with Guns, Grant followed Lewis to form the line-up with bassist Johnny Martin and drummer Shane Fitzgibbon that eventually released The Missing Peace, which took the #1 spot on the Sleaze Roxx Readers’ Top 20 Albums of 2017. Although Grant was definitely Lewis‘ man going into the L.A. Guns‘ reunion line-up with Guns, Grant fell out of favour with the singer as time went on. Whether Grant left the band on his own accord or was fired will likely never be truly settled but nevertheless, it does feel like Grant still is quite loved by many L.A. Guns fans and has a lot to offer.

L.A. Guns alumni that Sleaze Roxx does not think will appear include:

Michael Starr (Steel Panther singer) — The vocally gifted Michael Starr was briefly the lead vocalist for L.A. Guns back in the late ’90s (under the name Ralph Saenz) and sang on the group’s 1998 released Wasted EP. Although we’d like nothing more than to have Starr sing some L.A. Guns songs at the M3 Rock Festival, the reality is that Steel Panther are a very busy touring band and Starr really doesn’t need the L.A. Guns exposure. If anything, appearing with L.A. Guns after more than two decades would be a real step down for Starr.

Chris Van Dahl (Angels In Vein singer) — Van Dahl was the first singer to replace Lewis in L.A. Guns and sang on the album American Hardcore released back in 1996. If Pearl isn’t appearing at the M3 Rock Festival as a L.A. Guns alumni, then our pick is for Van Dahl to handle the lead vocals at that time. For the last few years, Van Dahl has been promoting his project Angels In Vein. Of note, guitarist Stacey Blades was initially part of that project and although he left the band more than a year ago, Van Dahl still speaks nicely publicly about Blades (as opposed to Jetboy bassist Eric Stacy who also left Angels In Vein but apparently on bad terms). Assuming Blades is part of the Riley‘s L.A. Guns alumni, it would likely be easy for Blades and Van Dahl to play live together.

Kenny Kweens (Beautiful Creatures bassist) — When Lewis left Riley‘s version of L.A. Guns with Grant to join up with Guns, it wasn’t only Riley that was left behind. Bassist Kenny Kweens was all of a sudden out of a gig. Kweens played in L.A. Guns from 2009 to 2011 and again from 2014 to 2016 so is very familiar with both Blades and Grant.

Scott Griffin (Sin City Sinners bassist) — Just like Kweens, bassist Scotty Griffin is very familiar with both Blades and Grant having played in L.A. Guns from 2007 to 2009 and again from 2011 to 2014. Griffin currently works as a real estate agent in the Las Vegas, Nevada, USA area and is the frontman for the Sin City Rejects. Griffin also has some experience playing in what can be deemed as an awkward experience since he played bass for drummer Bobby Blotzer‘s Ratt for a little while. Accordingly, Griffin should be well poised to handle any backlash that might be received for Riley‘s version of L.A. Guns.

Mick Cripps (The Brutalist guitarist) — Of course we would love to see classic line-up guitarist Mick Cripps rejoin the L.A. Guns line-up but this appears unlikely with Cripps spending a lot of time in the UK.

Sleaze Roxx acknowledges that there are about 35 other past L.A. Guns band members that could be considered as alumni to appear at the M3 Rock Festival but believes that it has listed above the most high profile and probable L.A. Guns alumni to appear with Riley at M3.