Canadian sleaze rockers Sleazy Way Out have released a lyric video for their new single “Halloween.” 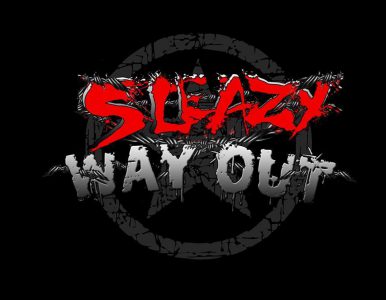 Sleaze Roxx stated the following in its review of Here Comes Trouble:

“As a whole, Here Come Trouble is a solid pitch of raw, rock and roll and perfect for fans of loose, fresh, live sounding records with a more “do it yourself” vibe. Yeah, it’s not gonna bowl over fans of overly glossy hair metal and AOR but after listening, something in my gut tells me that Sleazy Way Out would rather it be more down and dirty than clean and glossy. Plain and simple – if you like your rock squeaky clean perfect, listen to some eighties Cheap Trick.

But if you like to hear noisy, sweaty, live sounding, imperfect warts and all hard rock, you’ll love this record and despite my opinion that it could have benefited from a few of the tracks being left off, you’ll love all twelve of ’em. Would I still like to hear the guys release something with a fuller mix and more time spent on the vocals? Sure but Sleazy Way Out‘s latest is still a cool enough, raw rock record in its own state and to be honest, I bet if I look hard enough I can still find some early demo and independently released L.A. hair metal tapes that this one blows out of the water. I’m looking forward to seeing (and hearing) what’s next for this band.”