Good news for fans of Canadian sleaze rockers, Slik Toxik. Perris Records have announced the re-release of Slik Toxik‘s Irrelevant CD, which will feature a bonus track of “White Lies/Black Truth” as a 1989 demo. The song “EMI” which was on the original Irrelevant release has not been included on the CD re-release.

Perris Records’ press release states (with slight edits): “Irrelevant is the third release and second full length album by Canadian hard rock band Slik Toxik. The album was originally released in 1994 during a turbulent time for hard rock. This was a time when the airwaves and magazines were being bombarded with the advent of alternative, grunge and pop groups. After the release of their debut CD Doin’ the Nasty selling well over 50,000 units in Canada (gold status) and receiving the Juno Award (Canadian Grammy) for Hard Rock Album of the year, the climate in the music industry started to change. ‘It was a crazy time for us, as we like so many other rockers were in a state flux’ recalls lead vocalist Nicholas Walsh, ‘we were in a darker place’. Met with critical acclaim, this eclectic collection of songs has been touted by some critics as being ‘ahead of its time’ with hard hitting de-tuned riffs, snarly vocals and bombastic drumming. The band went on to only having a Canadian release with this recording and touring across Canada multiple times before calling it quits and going their separate ways in 1995. “Dive” and “Twenty Something” were released as singles and videos. The album was recorded in Toronto at Phase One Studios again with producer Paul Gross at the helm.”

The Irrelevant re-issue is available for purchase via Perris Records.

Slik Toxik was a short-lived Canadian rock band that reached a respectable level of success in their home country yet failed to make much of an impact outside of it. Vocalist Nicholas Walsh had played in different bands with guitarists Kevin Gale and Rob Bruce around the Toronto, Ontario area. He decided to get the two axe-slingers together and formed Slik Toxik with the rhythm section of Patric Howarth (bass) and Neal Busby (drums). The group quickly recorded a demo that landed them a contract with Capitol Records and released a four song EP called Smooth & Deadly.

Slik Toxik‘s full-length debut would see the band reach their commercial peak, going gold in Canada and winning a Juno award for “Hard Rock Album of the Year” in 1993. Their singles “White Lies/Black Truth” and “Helluvatime” (which won “Best Video Of The Year” and “Best Metal Video” awards at the Much Music Video Awards in 1992) got massive airplay as the group toured from coast to coast with Kim Mitchell and Yngwie Malmsteen. With a new bassist in Adam Headland, a new independent label, a darker sound and a changing musical climate, Slik Toxik‘s next release Irrelevant was doomed to fail and went completely unnoticed. The band broke-up shortly after its release. 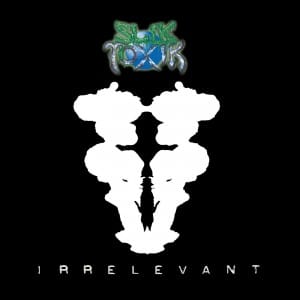 Slik Toxik’s video for “Dive” off the album “Irrelevant” released in 1994.