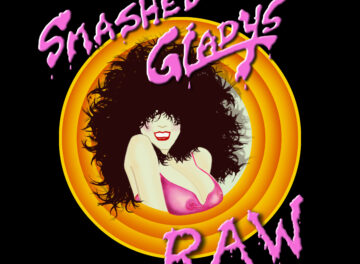 Despite the passing of their lead vocalist Sally Canto in 2020, Smashed Gladys are still releasing music with their fifth studio album titled Raw consisting of unreleased demos having been recently released via Golden Robot Records. 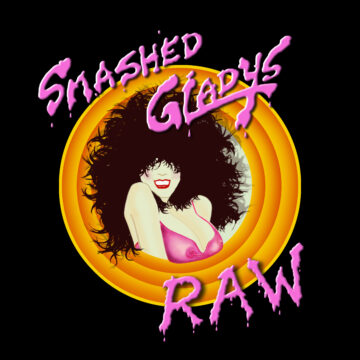 “Smashed Gladys have released their latest album Raw via Golden Robot Records and is available now. The album features singles ‘Bump in the Night,’ ‘Go to Hell,’ ‘Never Take No,’ ‘Bleed for Me’ and ‘What A Shame.’

Smashed Gladys was the band that built the scene, and literally the stage, at The Cat Club in 1980s New York. They had a bold sound that caught the attention of major labels and top-notch management when they released their self-titled debut in 1985. The follow up, Social Intercourse, was ahead of the curve with raunchy lyrics sung by an unapologetic front woman, Sally Cato. She and guitarist Bart Lewis had come to New York from Toronto to take on the world, and they did, until sands shifted in the music business, a band member overdosed, and Sally and Bart went their separate ways.

Fast forward to 2020. Bart had been teaching music when the pandemic hit. With the world at a standstill, he recalled unreleased demos and the songs the band had recorded with Gene Simmons of KISS.He thought about how, in this moment, the force of a singer like Sally would be fully embraced.

Bart knew that he had to take the roughs he had on hand, source the rest (some of which were found behind fireplace bricks!) and put together an incredible team to bring forward this tribute to Sally. The result of that effort, and what would be her final recorded work, is the new Smashed Gladys album, Raw.

The band recently released a 5th single ‘What A Shame’ from the album in the lead up to its release.

Smashed Gladys‘ “What A Shame” single:

Bart reached out to Gene Simmons who gave his blessing, and then set out to bring a talented cast of players, engineers and mixers together to realize this vision.

Simmons has been an ongoing supporter of the band, commenting “I’ve always been a fan of Smashed Gladys – particularly Sally‘s voice and persona, and that does not take into account a really solid musical unit. As good as anything that’s out there certainly. Smashed Gladys is as cool as it gets.”

The original recordings with Sally, Bart, Matt Steluto and bass players Mark Sliker, Fernando Rosario Jr, and Ken Fox were enhanced with Toronto native Victor D’Arsie on keyboards and bass. Mark Dearnley, who produced the first Smashed Gladys album, returned to mix six of the tracks, while John Catto, guitar player for The Diodes and a lifelong friend of Sally’s, mixed five tunes. The four songs mixed by Gene Simmons and the three mixed by Sally herself round out this powerful collaboration.

The album cover graphic is an original illustration by Sally Cato with the album and CD art directed by Anthony Feyer, who is a New York/Toronto artist and another long time friend of Sally Cato.

In addition to being released digitally, Raw is now available on CD via the Golden Robot Records online store with Vinyl to follow in 2023.”