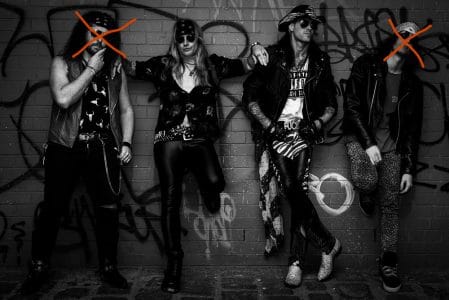 Australian sleaze rockers Snake Bite Whisky are set to embark on a 12 date tour of the UK with Nasty Ratz starting on October 20, 2019 but they will be doing so without half of their line-up that appeared on the full-length album This Side of Hell, which was released via Pavement Entertainment back on January 25, 2019.

“ANNOUNCEMENT: Dave and Ace have quit the band less than two months out from our U.K. tour. They are no longer associated with us in any way, shape or form. Jay and Stacii will be continuing and have been working behind the scenes to ensure the U.K tour happens. We are stoked to announce that our brother from New Zealand — Brad Ion — will be stepping in on guitar for the tour. Brad is an awesome player and showman and will be bringing the noise on the road! We will be announcing the replacement drummer in a few days. Once this is sorted we will be starting the audition process for new permanent guys to write the next sleaze soaked chapter in the history of the Snakes!”

Snake Bite Whisky‘s “Down In The Dirt” video: