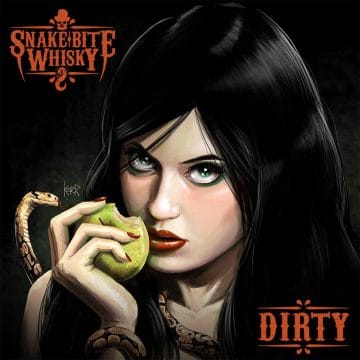 Australian sleaze rockers Snake Bite Whisky have released a video for their new song “Shoot You Down” from their latest EP Dirty.

Snake Bite Whisky describe themselves in part as follows in their Biography on their Facebook page: “Full throttled, no compromise, in yer face sleaze soaked rock n’ roll. A much needed injection of nitro glycerine, “fuck you” heavy rock with attitude and flair in a dull music scene. Undoubtedly the most dangerous and intense live band in Australia. This is a band for people who like their rock turned to eleven, their sex dirty and their booze flowing!”

Snake Bite Whisky – Shoot You Down

Official music video for “Shoot You Down” from the e.p, “DIRTY”. Buy now from https://www.snakebitewhisky.com/ . Directed by The Frog Bros. Post production: Alston Films. Filmed at Sabotage whisky bar in Brisbane, Australia.