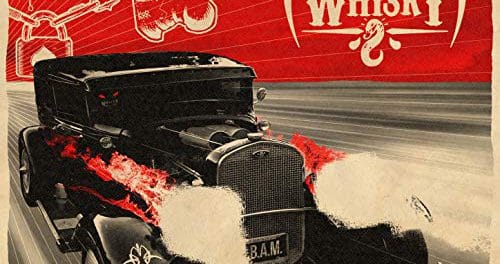 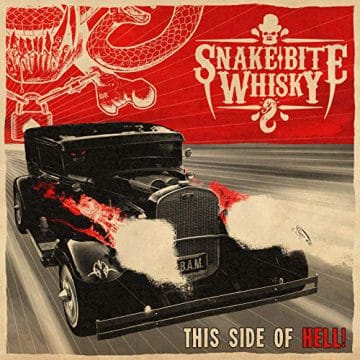 “Australia’s biggest sleaze rock band, Snake Bite Whisky, have released the third video from their critically acclaimed debut album, “This Side Of Hell”. The defiant sleaze punk survival anthem, “Ain’t Dead Yet” is the first lyric video of the album and was compiled and edited by Adam Fitch of Afitch Productions. The band have also inked a new record deal with European record label, Sliptrick Records, for the worldwide release of their second album due out early 2021.

On choosing “Ain’t Dead Yet” as the next video of the album the band state, “With all the shit that’s going on around the world with the pandemic we figured it was the right track to do a lyric video for. The track was written after Jay performed a whole show whilst suffering a heart attack a few years ago. Jay states, ”I was in fucking agony with these intense chest pains but just thought it was bad heartburn from to much booze so carried on and played the show, really didn’t think it was heart attack at my age but turns out it was and ended up in hospital so the lyrics are about survival which are pretty fitting with everything that’s going on.”

The band have also announced the addition of Laggy formerly of Australian thrash metal band, Malakyte, on guitars.

‘This Side Of Hell” was released on the 25th of January 2019 to critical acclaim containing ten tracks of outlaw sleaze, a blistering fusion of Sleaze rock, Heavy Metal, Punk and Outlaw country and kicked off a tumultuous year for the band which saw them tour Australia, New Zealand, Belgium and the U.K. 2021 will see Snake Bite Whisky release their second album world wide through Sliptrick Records and embark on an extensive international tour.”