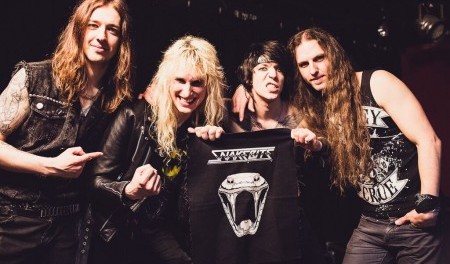 Snakebite’s song “All Or Nothing” available for free listening

Snakebite, the German hard rockers with an ’80s sound, have made their song “All Or Nothing” from their debut full length album Princess Of Pain available for free listening on Youtube. 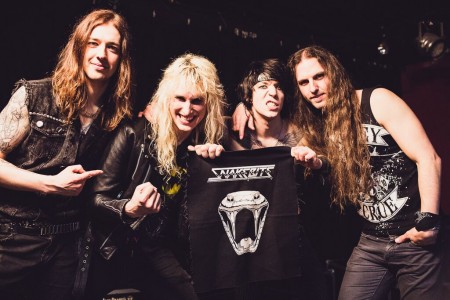 Sleaze Roxx stated in its review of Snakebite‘s Princess Of Pain: “Snakebite have taken me by surprise. Before hearing their album Princess Of Pain, I had seen their video for “Road To Nowhere” and I liked their straight forward rock that reminded me of the ’80s hair metal era without the frills. However, I wrongly suspected that “Road To Nowhere” was the group’s best song and that the rest of the songs might pale in comparison. Talk about misconceived notions! I was pleasantly surprised after my first listen of Snakebite‘s Princess Of Pain because every song seemed to be quite good and all of them seemed to be at the level of “Road To Nowhere.”

Many listens later and I am just loving Princess Of Pain. There are so many things to like about Snakebite. Uncomplicated catchy rock n’ roll, great melodic guitar solos, a lead singer’s voice that I absolutely love and a tight rhythm section are just a few of the many great things about the band. What more can an ’80s heavy metal music lover ask for? The best tracks are actually deep into the album. Songs such as “Bound To Lose” and “All Or Nothing” are a pure joy to listen to and instantaneously get my attention each time that I play the album. The two possible knocks on Princess Of Pain — which is also what makes the album so good — is that firstly, the songs aren’t overly complicated and might sound a bit generic to some. However, I have always been a proponent that a good song is a good song, and Snakebite simply deliver song after song. Secondly, there is no song that really stands out above the others as that obvious “hit” song. Nevertheless, if you are into one great straight forward song after another without needing the “big” hit, Princess Of Pain will most likely deliver exactly what you need.”

SNAKEBITE – All or Nothing [Album Version]