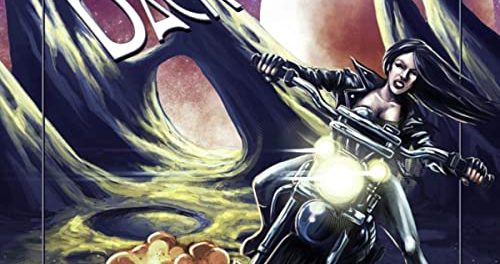 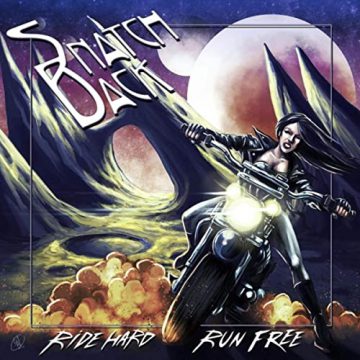 Snatch Back‘s “Biography” on their website indicates (with slight edits):

“Formed in St. Helens Merseyside UK in 1974, and active until 1983, Snatch Back played covers and slowly introduced original material along the way. 1979 saw the recording of their first single on Manchester Label CSS records – “Eastern Lady C/W Cryin’ to the Night.” This 7″ is now highly collectable, but don’t ask us for a copy because we don’t have any!

The band played all over the UK and built quite a following, selling out their local theatre several times.

In 1982, the band entered the studio again to record some tracks. These remained unreleased until 2017 when the band released them on a limited edition cassette “The Amazon Tapes 1982”.

The band split in 1983 after a few personnel changes.

Snatch Back were honoured to feature in Malc MacMillan’s tome ‘The Encyclopedia of The New Wave Of Brtish Heavy Metal’ but the entry was brief and no one seemed to have much info on the band.

Ste B and Ian decided to try and get the original line-up of the band back together in 2016, but had no idea where drummer Ste P and singer JC were. Some social media searching and contact with our old road crew meant every original member was contactable and we were making music again.

The original idea was to have some fun and record some of our original songs for our own amusement. However, the word leaked out that we were in rehearsal and we were offered the headline spot at WestFest, St. Helens. An EP Back In The Game was released to coincide and the game was indeed back on!

Since then, we have played gigs and festivals throughout the U.K.

November 2019 saw the release of our new album ‘Ride Hard Run Free’ on both CD and Gatefold Vinyl. You can order your copy now from our merch page!”