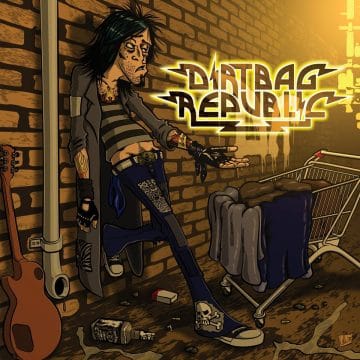 The sleaze rockers have been keeping their fan base updated with how the new album is progressing via their Facebook page and the following message was posted on October 24, 2016:

“Ladies and Gentlemen. Our new album has been mixed!…It sounds fucking great.

Up next….we are sending it to Finland to be mastered by Svante Forsback, whose recent projects include Michael Monroe, Backyard Babies, Rammstein! Svante has mastered over 3000 albums.

We is going all out on this one boys and girls!

Thanks to Stuart McKillop at Rain City Recorders for twisting the knobs again and realizing our vision!

Back in early November 2016, Dirtbag Republic also released a demo of their song “Smotherin’ Me” which did not make it onto their debut self-titled album:

Smotherin’ Me – DEMO by Dirtbag Republic

Smotherin’ Me, Demo of a tune that didn’t make the first album