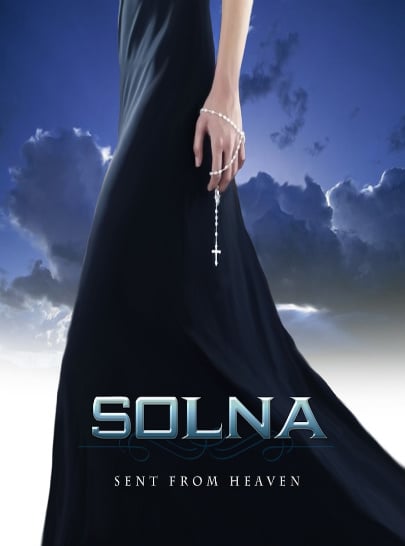 Zane put the project together with friends he has supported through sales since the start of www.cdinzane.com in 2001. It features: Pamela Moore (Sister Mary on Queensryche’s “Operation Mindcrime 1 & 2”) on vocals, 2 songs with Primal Fear’s Ralf Scheepers on vocals (Includes a duet with Pamela on ballad “Feel Alive”), Fabrizio Grossi (Starbreaker/Steve Vai) on bass, Alex De Rosso (Dokken) on guitar and Eric Ragno (Ramos Hugo/David Readman). Mr. Zane Petersen is the drummer on all tracks. The release also features Sebastian Bach’s Rob Deluca on title track, “Where Are You Running”. The project is a powerful blend of Pamela’s Angelic voice, known through-out the world, while the music is high energy, floor pounding metal, well polished and highly produced.

This Limited Edition, 5-track SOLNA EP titled “Sent From Heaven” is available only at CD Inzane and includes 4 songs from the up-and-coming 2009 release of Eurameric plus ***includes 1 exclusive bonus track only available on this ep called “i light a candle too”, with Pamela Moore and Eric Ragno!

Solna was mixed in L.A. by Fabrizio Grossi and master in Minneapolis by Greg Rierson (Powermad/The Cult). The full length “Eurameric” CD is completely finished and will be available February 2009.

Keep an eye out for a teaser clip to come in the near future!