Iconic shock rockers KISS have just started their latest tour which is dubbed the ‘Freedom To Rock’ tour. 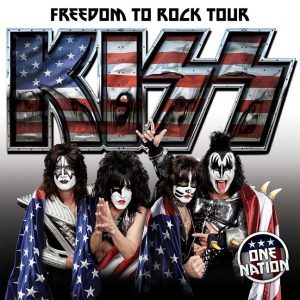 KISS‘ setlist during their first night of the tour in Tucson, Arizona, USA as per setlist.fm had many of the fan favorites from years past but was notable for having only songs dating back 33 years or more, with the exception of one song played from their last nine studio albums.