Adelaide, Australia based melodic rockers Sonic Divide will be releasing their sophomore album The Other Side via Melodic Revolution Records in March 2020. 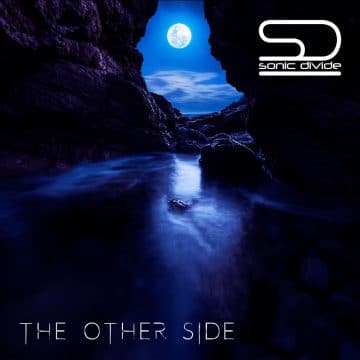 Sonic Divide‘s “Biography” on their Facebook page indicates: “Sonic Divide was first conceived when Wayne Holden, Andy Young and Glenn Johnson decided that it had been too many years since they played music for its enjoyment. In a relatively small city like Adelaide in South Australia, it was very easy to call on other musicians they had played with in the past, to help contribute to the occasional jam session.

Ian Slade soon jumped on board and eventually Steve Pirie and Evan Johnson completed the line up. What started out as simply six mates having fun by jamming together on songs they all knew, soon evolved into a writing project, when the guys started bringing tunes that they had been working on individually, to the whole band. At this point, Sonic Divide knew they were definitely onto something special.

The demos of their original songs soon caught the ear of well known Adelaide producer/engineer Darren Mullan, and as a result, Sonic Divide entered the studio in early 2013 under Darren‘s expert guidance to record nine of their original songs, with a view to independently releasing an album before the end of the year. The album was completed in late October 2013, and is now available online at various music sellers including iTunes and CD Baby.”

This is the first single from Sonic Divide’s second studio album : THE OTHER SIDE COMING MARCH 2020Thanks to Sean Timms for allowing us to take the studio fo…