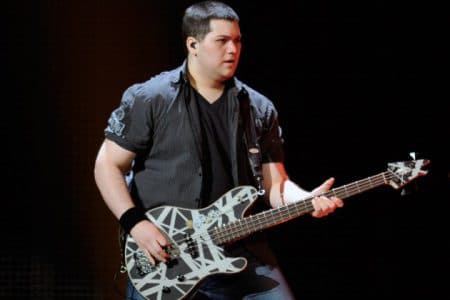 Sherinian spoke about who was in the running for Sons Of Apollo‘s bassist position as he stated (as transcribed by Sleaze Roxx): “When Billy [Sheehan], I’ll say this. When we were putting this band together, Billy [Sheehan] was the only choice for bass because we knew that. We were thinking ‘Who the hell else do you get to play bass in this band that’s going to be able to cover all the lines and play aggressively and be able to keep up. And he’s probably the only guy. A couple of other guys might be able to do it but Billy‘s the guy man. Who else are you going to get?” Sherinian went on to state: “He’s a great guy. He’s definitely the veteran. That guy’s been doing longer than all of us and [is] very easy to play with. Great player! I love Billy Sheehan.”

In terms of possible alternatives to Sheehan, Sherinian advised: “Well, I’ll tell you honestly. This is… Billy, Billy Sheehan was our first and only choice for Sons Of Apollo but as a back up if Billy was not available for us, and did not want to play, one of the names that came up was Wolf Van Halen.” Sherinian went on to state: “That’s all I am saying. Obviously, Billy Sheehan was obviously our first and only choice but we didn’t know if he was gonna play with us. We didn’t want to assume anything. So we had a Plan B, and Plan C, and his name was definitely on there.”

In this (audio only) episode I am joined by Derek Sherinian “the King of Keys” of Sons of Apollo, former Dream Theater member and countless other blockbuster…