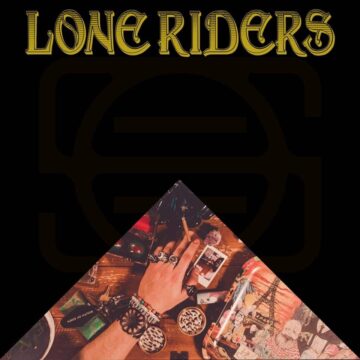 “The band has already paid their dues to reach this point. Growing up in Columbus, OH the band formed by combining their passions and uniting over their love of music. Originally from the country of Jordan, Ehab primarily listened to the Arabic music his parents would play, in addition to superstars like Michael Jackson, Phil Collins, and James Brown. After coming to America, he was introduced to a wider range of music that inspired him: eighties and nineties rock including Guns N’ Roses and notably Queen. Like Freddie Mercury Ehab’s parents, like many parents, didn’t agree that a life in rock ‘n’ roll was the best thing for their son. However, as he met the rest of the band, his dream became a life affirming reality.

Ehab and Nick performed together in various bands (channeling Iron Maiden, Red Hot Chili Peppers, and Alice In Chains) and eventually joined Justin and Tom who had been working on their own band (influenced by Van Halen and Black Sabbath).  Justin, who was at the time attending Berklee College of Music, describes first writing with Ehab and noted “The first jam was crazy. He came over with Tom and just listened for a while. We had the riffs to songs, and he just immediately started singing. Here I had gone to music college to find people I could mesh with stylistically, only to come back home and find that my best friend and a singer that I had already known about were all I needed!”

The band has recently performed on high-caliber rock festivals including Aftershock, Louder Than Life, and Riff Fest and alongside bands like Evanescence & Alice Cooper, Puddle of Mud, Red Sun Rising, 10 Years, Blacktop Mojo.

On their debut record ‘The Talk’, the musicians headed to Los Angeles to record with legendary Grammy® Award-winning producer Greg Wells [Adele Twenty One Pilots, Deftones]. “When I first heard the band, it had its own original identity,” explains Greg. “That was something I had waited years to find. I emailed them back saying, ‘I want to be your Mutt Lang’.”

When it came to recording, they honor the methods of those who come before them and “tape in a vintage way, with no click track, pitch correction, copy-paste, or any of that nonsense” and have kept the same approach on their newest release, ‘Lone Riders’ produced by Ehab and Jakob Mooney.

“We chose ‘Lone Riders’ as our first single because we felt the high-energy music and down to earth lyrics encapsulate everything about this band.  It’s about being broke, overlooked, and over being on the outside looking in. You deal with it by getting high and watching life go by because you can’t afford to keep up with it.”

Ehab notes “It’s a mixture of a lot of things. We’re ‘classically rock’ influenced, but listen to so many different genres and eras that there are a lot of different feelings in our music.”

“When you hear us, I want you to walk away thinking, ‘That was honest and different’,” Ehab leaves off. “We’re just doing what we do. We’re proof you can do anything you want and shouldn’t compromise your dreams.””