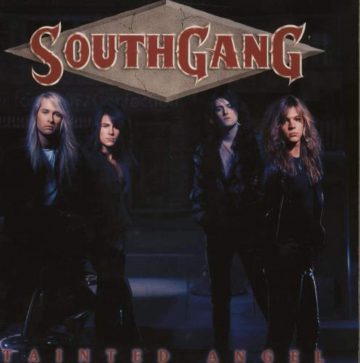 With respect to arriving to L.A. with his band Byte The Bullet (which later became Southgang), Walker indicated (as transcribed by Jaxsta with slight edits): “It was terrifying but it was amazing. Once the veil was lifted and once we arrived out there and I found just a sea of people doing and looking and sounding and loving the same things that I did, that was amazing. Because you were a freak in my high school if you liked this stuff. There was no rockers in my high school. There were no people like that that would dare grow their hair out and pursue this. So when I went out there and saw all these transplants from all over, it became a big family. That was my fraternity.”

In terms of the competitive nature of the late ’80s Sunset Strip scene, Walker stated: “Super competitive. You couldn’t last a minute if you didn’t have the ability to rise above the crop and be the cream. There were so many bands and they all looked and sounded incredible. People came out there with their A game on. And there was a lot of local bands that were already [in] LA, unsigned bands that just had their shit together, and had the best imagery and the best clothes and the best photoshoots and the best hair ’cause it was all about your hair back then, and the best gear. And we would go see these bands, and to be honest a lot of it didn’t stack up.

We were convinced a lot of these groups didn’t have any songs. And we were like, songs are the most important thing here. Not how fast you can play, not how high you can scream. But can you write a song as good as what’s on the radio that these bands are all emulating at the time? You’ve got Guns N’ Roses, Aerosmith, Mötley Crüe, Ratt, Van Halen, Bon Jovi and all these bands that were big in the hair metal scene, that was massive, and here we were straight out of Georgia, with goals to be half as… impactful as that. We just did it and after 10 months. Our little hard rock band got a record deal, got signed, got thrown in the studio making a record and making an overpriced video, and the whole nine yards writing our record with Desmond Child. It was a wild time. But it was great to be that young and have that much reckless abandon and be so blissfully ignorant to how incredibly psycho this dream to pursue was.