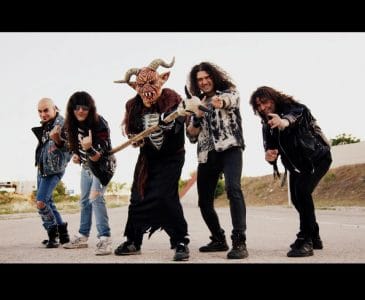 From the band’s website (translated from its original Spanish to English with minor edits for continuity):

On May 12th 2007, the band debuts itself live at the Superbowl Room in Madrid.

In October 2008, the band records its debut entitled “Maqueta” (Model).

In 2009, drummer Antonio Chaparro left the band and was replaced by Victor Castillo.

In November 2010, Ciclon releases the EP “Perdidos en el tiempo” (Lost In Time). Limited to 500 copies which sold out rapidly, the band re-released an alternate version of the album to another 500 units. The live activity intensifies leading them to participate in various festivals (Gineta rock, Pounding Metal fest, Wraith, MetalBats) and [they] share the stage with the bands Coz, Huma, Lust, Beautiful Beast, Iron Curtain, Harakiri and Wild. 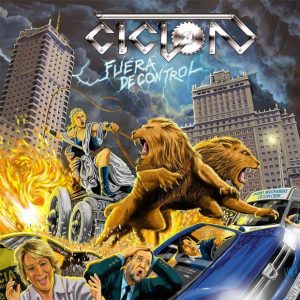 In 2011, Ciclon recorded two songs for a split EP with Iron Curtain under the title “Forjando el acero, Vol I” (Forging Steel, Volume I).

In November 2012, Ciclon release the full-length “Sol Naciente” (Rising Sun). The album was recorded at the New Life Studios in Madrid and mastered at FinBox studies.

Throughout 2013 and 2014, the band tours through much of the Spanish geography supporting the album “Sol Naciente” (Rising Sun). In the spring of 2013, drummer Victor Castillo left the band and was replaced by Eduardo Cervera.

In November 2015, the band returns again to New Life Studios to record “Fuera de Control” (Out Of Control) and have been diligent in touring to support their latest endeavor since its release.”