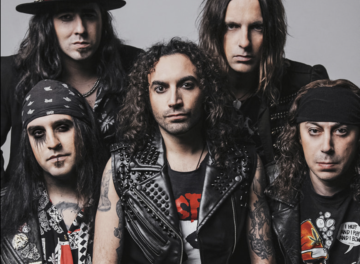 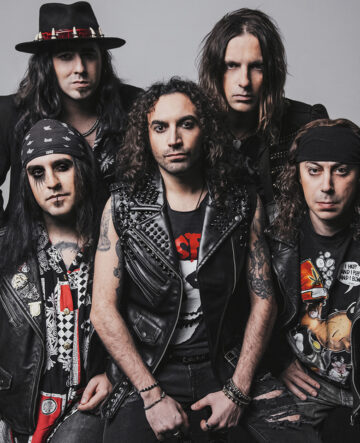 The following message was posted in part on Speed Stroke‘s Facebook page yesterday (with slight edits):

“We are proud to officially welcome our forever friend Alessandro “Zak” Zucchini as our new BOOM maker.

Many of you already saw him breaking drumsticks with us during this year with the energy of a machinegun loaded with steroid bullets. We can’t wait to hear what he’s gonna add to the mix of our 4th album.

Everybody show some love to this dynamite boy.”

Sleaze Roxx stated the following in its review of Speed Stroke‘s third album Scene of The Crime:

“All of the tracks are solid ones but that elusive anthem just does not seem to be there. My favourites off Scene of The Crime are deep into the album and consist of “Red Eyes,” “Out of Money” (with its very Eddie Van Halen influenced guitar intro) and “Hero No. 1” which each all benefit from a perhaps more simpler delivery and have easy to sing along choruses. At the end of the day, if you like any of the bands that people likely consider to be The New Wave of Hair Metal, Speed Stroke‘s new album Scene of The Crime will be a very solid addition to your discography. This is definitely an album that would have been in the running for the Sleaze Roxx’s Top Ten Albums of 2020 and had there been a Top 15, there is little doubt in my mind that Scene of The Crime would have made the cut.