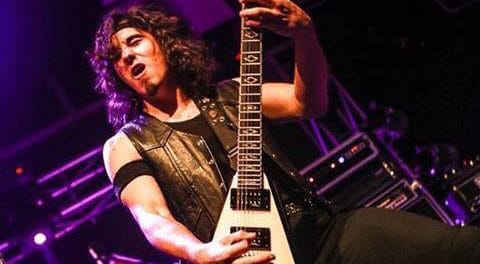 Italian sleaze rockers Speed Stroke have announced that they have a new guitarist by the name of Michael Crimson who is also the lead vocalist and guitarist for the group Rising Dark. 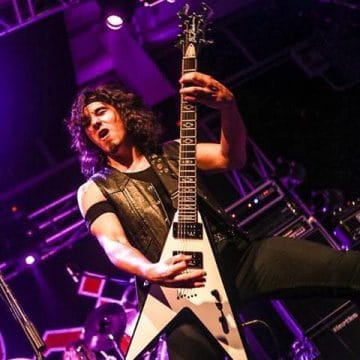 The following message was posted in part on Speed Stroke‘s Facebook page yesterday:

“As you probably saw from our latest pics & videos from the tour in Sweden and the gig with Backyard Babies, an empty spot has been filled ⚠

He’s a good friend and we shared the stage many times with his band Rising Dark, we always loved his 80s Hard n Heavy attitude, his outstanding guitar playing and his powerful voice.

But you’ll get to know him better in the next months/years ?

Everybody please welcome this guitar monster”

Sleaze Roxx stated the following in its review of Speed Stroke‘s last album Fury: “Speed Stroke are another great new band that should be so much bigger than they are. Their album Fury is full of great songs with no filler whatsoever. Initially, I wasn’t overly impressed with the lead off track “Demon Alcohol” which was featured in video format so I never bothered purchasing the album. I think that the slightly modern sounding guitar sound kind of pushed me away a little bit. I am glad that Speed Stroke later sent a copy of their album to Sleaze Roxx because as it turns out, Fury is a solid album dripping with sleaze, attitude, a tad of raunchiness and some good melodies. Sure, the slightly modern sounding guitars at times aren’t exactly what I pine for but I get that bands don’t want to play exactly ’80s sounding guitar riffs thirty years later after that era has passed by.”