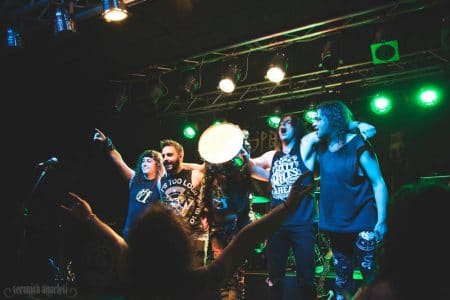 Speed Stroke recently humorously announced Jack‘s new nickname in a Facebook post: “We are glad to introduce you our new singer, the evil cousin of Buckethead, Snarehead ? And with him we’re gonna play some hot summer parties…”

Speed Stroke‘s frontman Jack recently spoke to Sleaze Roxx about his new nickname and stated: “…it was just a joke related to the fact that in one of last gigs we played my drummer broke the snare skin and I played the last song with the snare on my head. The fans still calling me Snarehead…”

Speed Stroke released their album Fury back in March 2016 along with a video entitled for their song “Demon Alcohol” to promote their new record. The Italian rockers are currently hard at work on another video. 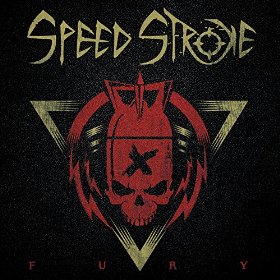