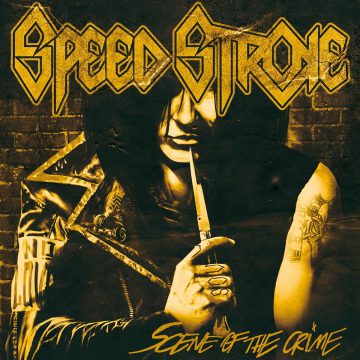 Speed Stroke are five guys who share a common passion for the golden times of rock and roll, when the music was played by true rockstars. Founded in Italy in 2010, the band was introduced to the international rock scene in 2011 thanks to their involvement in “Reborn In Sleaze”, an official tribute album released in memory of Dave Lepard (Crashdïet). In March 2013, the band launched its self-titled debut album, followed by “Fury” in 2016. Thanks to the deal signed with Bagana Rock Agency, Speed Stroke had the chance to promote their work all around Italy and abroad, sharing the stage with artists such as Reckless Love, Backyard Babies, Hardcore Superstar, Gotthard, Phil Campbell, Crazy Lixx, The 69 Eyes, Steel Panther, Santa Cruz, The Cruel Intentions, Shameless/Tuff, Sister, Tigertailz, Kissin’ Dynamite and Confess. 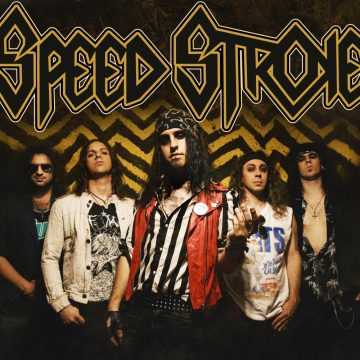 Their explosive shows, filled with high-octane energy, passion, and excitement, contributed to the creation of a strong fanbase, especially in their home country. A key ingredient of their gigs is their natural ability to interact with an audience.

The title of the new album, “Scene Of The Crime”, tells a lot about the band’s sound and attitude: when the five pieces combo is around, on-stage or backstage, something epic is always expected to happen! With a more varied and mature sound, but still inspired by their childhood heroes, they turned their classic style into a 21st-century hard rock album, with a strong focus on the good melodies, undoubtedly their best so far. Definitely, Speed Stroke are back with a bang!

Mixed by Marco Paradisi & D.B. at Boat Studio (Bologna, Italy) and mastered by Giovanni Versari at La Maestà Mastering (Grammy winner for his work on the album “Drones” by Muse), “Scene Of The Crime” is scheduled for release on November 6, 2020, via Street Symphonies Records / Burning Minds Music Group. A special personalized edition, created by Outward Styles in a very limited quantity of 50 copies, will be available exclusively on the label’s online shop in October. The cover art has been designed by SoloMacello (Black Veil Brides, Nick Oliveri, Elvenking, Band Of Spice, Valient Thorr), while the CD booklet features introductory liner notes written by renowned journalist Fabio Magliano (Metal Hammer Italy).

A dedicated Japanese version, which includes the exclusive bonus track “Drive Me Crazy”, will be released instead via Spiritual Beast / Universal Music. Pre-orders are open at this link: https://spiritual-beast.shop.