Italian sleaze rockers Speed Stroke consisting of lead vocalist Jack, guitarists D.B. and Michael, bassist Fungo and drummer Andrew have released a video for their new single “Soul Punx” from their upcoming new studio album Scene of The Crime, which will be available via Street Symphonies Records and Burning Minds Music Group on November 6, 2020. 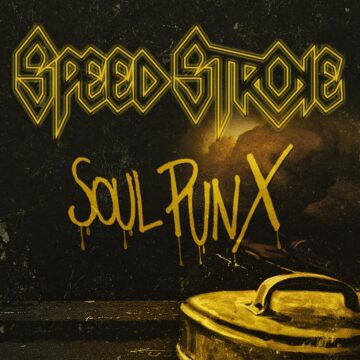 Sleaze Roxx stated the following in its review of Speed Stroke‘s last album Fury that was released back in March 2016: “Truth is, I have been playing Fury for some time while doing other stuff such as my “real life” job. What I noticed while doing that is that no one track really stands out above another but at the same time, every song on the album is enjoyable and I find myself pushing “play” each time that the album comes to an end. I even like the ballad “City Lights” and I am usually no fan of ballads. A lot has to do with singer Jake‘s raunchy delivery. I wouldn’t say that Jake has that great of a range with his singing but kind of like Ratt‘s Stephen Pearcy, the songs’ scope and style fit very well with his vocals.”