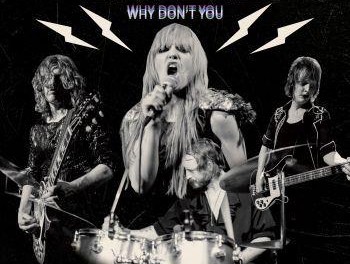 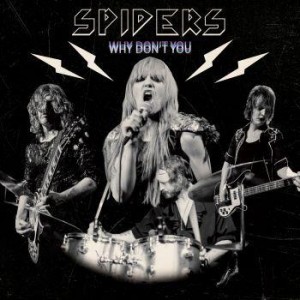 Swedish group, Spiders, have a new EP entitled Why Don’t You, which will be released on October 16, 2015.

Sleaze Roxx reviewed the Spiders‘ last album Shake Electric and stated: “Was this CD really released in 2014? Had I not known any better, I would have guessed that Spiders‘ sophomore effort Shake Electric dates back to the ’70s. Everything about it, from singer Ann-Sofie Hoyles‘ voice, to the psychedelic guitar riffs, to the blaring harmonica, screams to the overall ’70s inspired sound — except the production, which thankfully is in line with releases from the last five years. Every time I put on Shake Electric, I am transplanted to an era where music was experimental, yet rocking — and where there were really no rules on what you could create.” Sleaze Roxx concluded its review by stating: “Shake Electric will surely crack my top ten list for 2014 — it is not the usual musical fare that I listen to, and that is probably what is keeping it from really breaking into the top five. Nevertheless, great music is great music and there is no denying that Sweden’s Spiders have hit a home run with Shake Electric.”

To pre-order Spiders’ upcoming album “Shake Electric” please click:https://www.bengans.se/popup/spiders/ Pre-orders will include a signed postcard by the ban…