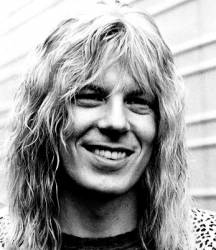 Actor Michael McKean, who starred in the film “This is Spinal Tap” and TV’s “Laverne and Shirley,” was recovering Tuesday night in a Manhattan hospital after he was struck by a car on the upper West Side, reports the New York Daily News.

McKean, 64, who played Lenny on the hit television show, was seen bleeding from the head after a car barreled into him at W. 86th St. and Broadway just before 3 p.m., witnesses and the FDNY said.

His status was upgraded to stable condition at the hospital where doctors discovered he had a broken leg, according to his publicist Harriet Sternberg.

McKean’s wife, actress Annette O’Toole, was flying from Los Angeles — where the couple also has a home — to be by her husband’s side, Sternberg said.

No criminality was suspected in the smash-up, according to police. Two other people were taken to the same hospital, although the extent of their injuries was unknown, officials said.

McKean was slotted to perform Wednesday night at 8 p.m. in his latest Broadway role as “Dick Jensen” in Gore Vidal’s “The Best Man” at the Gerald Schoenfeld Theatre on W. 45th St., Sternberg said.

“It’s the first time he will have ever missed a curtain in his entire life,” Sternberg said. “He’s never missed stage, screens in film or television. His understudy has never gone on in 40-plus years,” she said.