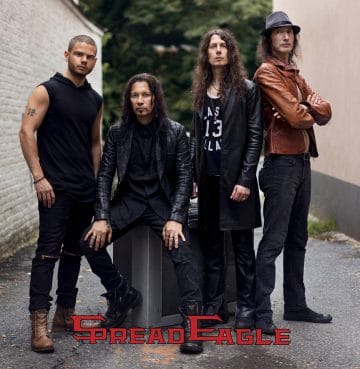 Spread Eagle‘s “Sound of Speed” video (from Subway To The Stars album):