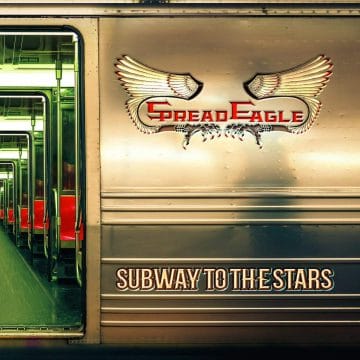 Amazon indicates the following about Subway To The Stars: “Spread Eagle reformed in 2006 under the direction of Ray West and Rob DeLuca (who has also worked with UFO and Sebastian Bach) along with two new members, Ziv Shalev (guitar) and Rik De Luca (drums). The band has been together ever since and finally decided to start production on a new album, scheduled for release in August 2019 on Frontiers. Songs for Subway To The Stars were put together in the Music Building in NYC, which is the exact same place where the songs for their debut album were rehearsed and written. Recording took place at Studio E in Brooklyn, NY with Grammy Award winning engineer Tom Camuso. The new album does not disappoint and picks off up where the band left off. Spread Eagle is a welcome addition to the Frontiers‘ family, where they will become yet another vital band from the ’80s/’90s rock scene to release amazing new music in the 21st century!”