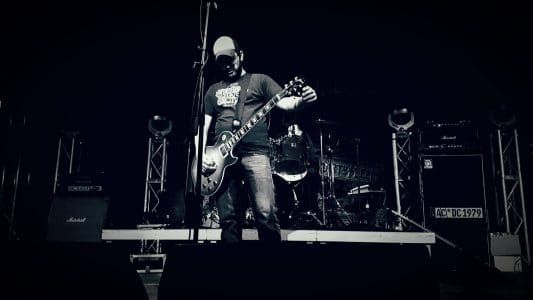 German rockers Stacy Crowne have released a video for their song “Daystalker.”

“When the dust settled after the peak and subsequent breakup of Scandinavian rock legends from the 90s, Stacy Crowne emerged from the shadows, singing an ode to their heroes. Since their debut EP in 2014, the power quartet from Cologne, Germany has toured throughout Europe, shot a video and most recently produced a split 7″ EP with The Empire Strikes. Drenched in soul and sweat alike, their power translates to must-see performances. Rock ’n’ roll is indeed still alive and thriving!”

The German group consists of Dustin on vocals and guitar, Dominik on guitar, Pete on drums and Andreas on bass.