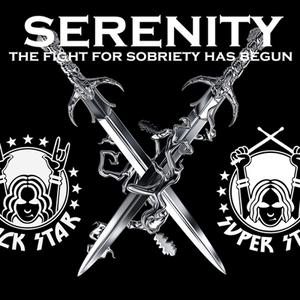 Hard Rock Reality has reported that SUPER STAR and ROCK STAR have sold their first 1000 copies of Serenity. This project developed to raise awareness for their foundation We Are One (www.weareoneonline.org), which helps kids in recovery from substance abuse. The CD is not yet completed and although it is only available via pre-order on the www.weareonestore.com website, the Star brothers credit KISS fans for its success thus far.

Says Super Star: “We get letters from KISS fans all the time and the most anticipated thing on this CD, apparently, is the use of a 1953 Les Paul, that Bob Kulick had used on the studio side of Kiss Alive 2 for such songs as ‘Rocking In The USA’ and ‘Larger Than Life’. Everyone wants to hear the tone of that guitar on something new!”

He also reports that his brother, Rock Star, is intending to use a VINNIE VINCENT Flying 3DV on the recording of their last tune called ‘Steps’.

Rock Star adds: “The song is such a monster and we felt it was only appropriate we bring in the big guns for this track. I think it’s my favorite sounding guitar of his collection. No wonder why Vinnie Vincent sounds as good as he does. All proceeds from the sale of the CD go towards helping the Star brothers fight the disease of addiction amongst the younger members of their audience. Thanks to all KISS fans, Rock Star and Super Star are well on their way to doing just that!”