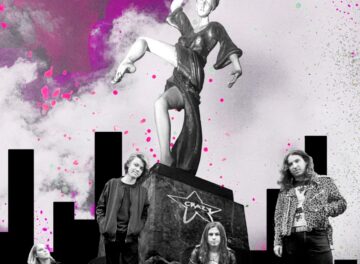 Australian glam rockers Starcrazy consisting of lead vocalist Marcus Fraser, guitarist Odin Wolf, bassist Jack Barratt and drummer Jack Farmer have unveiled a video for their new single “Hysterical” from their upcoming EP Another Day, Another Squalor…, which will be released sometime in 2023. Stay tuned for the world premiere of Starcrazy‘s video for “Hysterical” on Sleaze Roxx in late November 2022. 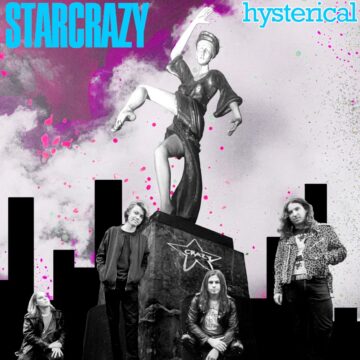 “Starcrazy‘s glam fueled new single “Hysterical” is streaming now at Ghost Cult Magazine. As the first offering from the band’s upcoming 2023 EP Another Day, Another Squalor…, the quartet unveil a high-impact initial glimpse. “Hysterical” will be released on all major platforms on November 18th.

“‘Hysterical’ is a love song about our music community. It’s a celebration of the trashy yet beautiful city rats who attend our shows and parties and lose themselves in music as an escape from reality. True rock music is inclusive to people from all walks of life and that’s what we want to embrace with this track. It’s very influenced by UK Glam Rock in style with a hint of metal in the section after the 2nd chorus. This is our ‘big sing along chorus’ song complete with big vocal harmonies and ‘WOOAAHH’s. The piano part at the end of the song was influenced by the Bowie song, ‘Aladdin Sane (1913-1938-197?)’.”

The Australian outfit present a showcase of punchy instrumentation, soaring vocals and catchy hooks in their pop-infused rock ‘n’ roll single, “Hysterical”. It’s sure to have you singing along. Upbeat glam rhythms and rockstar riffs deliver a captivating sound with a vintage vibe. Starcrazy unveil a heavier side in the track’s bridge with darker tones emerging from the distorted guitars and powerful percussion. Alluding to David Bowie, Starcrazy conclude “Hysterical” with a progressive piano led section showcasing their creative flare.

Starcrazy blend their musical influences to create a distinctive sound that carries its own character. From the likes of 70’s glam rock and power pop to 80’s alternative metal and funk, Starcrazy manifest charisma fuelled rock for the modern world.”