Stargazer release video for song “The Sky Is The Limit”

The following message was posted in part on Mighty Music‘s Facebook page on June 28, 2019: 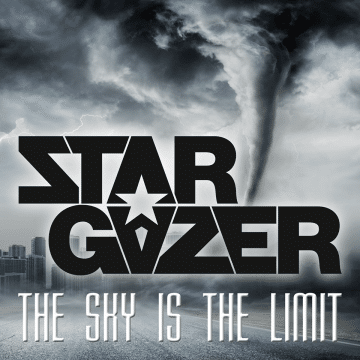 “The first single “The Sky Is The Limit” from Norwegian heavy metal band Stargazer is here!

If you are into “in your face” classic melodic hard rock with elements of Led Zeppelin, Van Halen, Whitesnake, Dio and Deep Purple; then Stargazer is a band for you.

To mix and master their new album, Stargazer has joined forces with star producer and guitarist Soren Andersen (Glenn Hughes) at Medley Studios, Copenhagen. The result is a modern production with a vintage twist.

With a worldwide release provided by Mighty Music at hand, Stargazer sets out to be a beacon on the hard rock scene. A bright shining star emerging with energy and power, capacity and skills, and a lyrical universe that both explores and recognizes the heart of darkness in humanity, yet fighting with passion always to light up a light in the gloom of nothingness. With Stargazer, you can hear and see evidence of the will to keep on keeping on.

This time around, Stargazer has reinvented itself and is now looking for venues and adventures outside of the Norwegian borders. So, to conclude for the direction Stargazer is heading, you should just take a look at the album title and title track off their first single: The Sky is the Limit!”

Stargazer‘s “The Sky Is The Limit” video:

Stargazer – “The Sky Is The Limit”