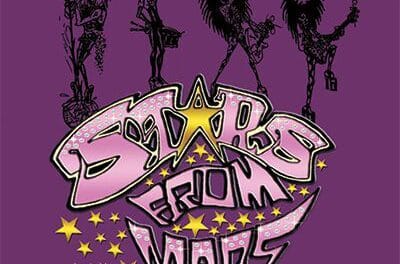 Stars From Mars release their debut album ‘Glam’s Not Dead!’ after 28 years

It’s never too late to release a first record and that’s exactly what glam rockers Stars From Mars are doing with the release of their debut album Glam’s Not Dead! via FnA Records. 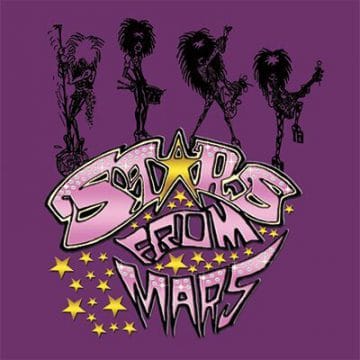 “After 28 years, Stars From Mars do what the Glam Rock fans thought would never happen – they release their first ever album!

Stars From Mars decided that they wanted to release an album for their upcoming reunion gig, on Saturday June 1st with Blackboard Jungle at the Viper Room in Hollywood CA. After a strong recommendation, Dazzle (lead singer for Stars From Mars) chose to work with FnA Records for the band’s first ever release. Fans have been passing around poor sounding bootlegs for decades, but no one ever thought there would be an official release. Jordan Stone, an A&R Rep for FnA Records, and a well-respected fan of glam music and the social networks stated, “I never thought the day would come that I would see any sort of release from Stars From Mars. It didn’t ever cross my mind because I resided myself to the fact that it would never happen.  I still can’t believe that this is happening!”

“Glam’s Not Dead!” is the album title chosen by Dazzle Star, the lead singer and songwriter for Stars From Mars. Dazzle formed the initial lineup around 1988 with fellow musician Gizmo. The band experienced many line-up changes during their time together, with Dazzle being the one constant member and driving force behind the band. Even Ariel Stiles, perhaps best known for his time in Pretty Boy Floyd, was once upon a time the guitarist for SFM.

Dazzle would eventually switch from vocals to guitar, opting to let fellow member, the late Alice Starr, become the band’s new vocalist. Alice Starr is featured as vocalist on the tracks “Steamin’ Hot Pink,” “Lovesick,” and “Girls Galore”. However, this proved to not be a permanent exchange, and Dazzle eventually found himself the band’s vocalist once again. The band has a unique sound that is reminiscent of Faster Pussycat, Pretty Boy Floyd, and The Ramones.

After ruling the Sunset Strip scene with their own unique blend of Glam and Punk, Stars From Mars called it a day in 1991.

Although this album came about very quickly, FnA Records is proud to be able to provide this new release to Glam fans worldwide who have known about this Hollywood band for many decades. Be sure to pick up a copy online at www.fnarecords.net or at the June 1st Stars From Mars reunion show at the Viper Room in Hollywood if you are able to attend. The band, as well as FnA Records, are also releasing a very limited amount of 7” and 12” autographed vinyl. FnA Records will also have autographed copies of the CD available.

This release is rightfully dedicated to the memories of Alice Starr and Candy Starr, whose contributions to the band’s legacy are undeniable.”

Check out the album teaser for Stars From Mars’ first CD release EVER available exclusively through FnA Records!