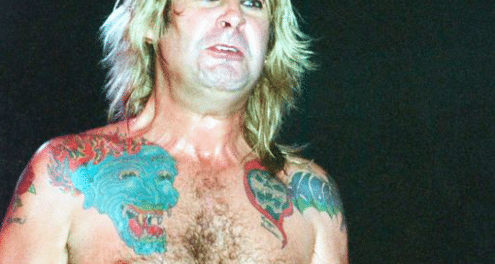 Starz guitarist Richie Ranno was recently interviewed by Andrew Daly for Vinyl Writer Music. Ranno was asked about his audition for Ozzy Osbourne back in 1982 to which he replied: 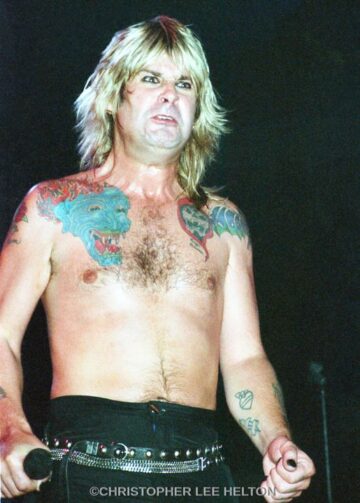 “Well, after it all happened, about two weeks went by, and I unexpectedly got a call from a member of the road crew, he was the lighting director, and he said Ozzy was going to try and get a replacement for Randy. They asked me if I would be interested, I said, “Yes,” and they flew me out there and put me up in a hotel. I was the first guitar player to audition with them after Randy passed, and we played very well together. I went in for a second time, and we just jammed for a while, we played a few songs, and then I hung around and got to know them a little bit. After me, Robert Sarzo was the next one I believe, and then Bernie Tormé. I stayed to watch Robert, and then I went back to the hotel. I didn’t know who Bernie was at the time, but he was with Ian Gillan then. I did well, and I thought I had a good chance of getting the gig, but then they just sent all of us home, I guess because Bernie got the gig, but I didn’t know that then.

So, about another week or two went by, and the lighting director called me and said, “Ozzie – who wasn’t at the auditions, by the way – wants to see a guy with blond hair when he looks over to the side of the stage.” Now, I’ve been quoted as saying, “They told me, ‘You don’t have blonde hair, so you don’t get the gig.’” That’s not true, and it’s not quite what I said. The truth is, they said he wanted to see a guy with blonde hair, and that’s why they took Bernie, but then Bernie didn’t work out either. You know, I got to be friends with Bernie in 2013 when we were playing Ginger Wildheart’s big birthday bash, and Bernie was on the bill. And he and I really hit it off great and stayed in touch until he unfortunately passed. Bernie was a great guy and a great guitar player, but I don’t think he really cared for Ozzy. And after Bernie left, they got Brad Gillis, and the proof is that they both had blonde hair. So I’m not making it up. [Laughs]. All these people were ripping me saying, “Oh, yeah, they probably thought he sucked. That’s why they just made some bogus excuse.” I love these people that think they know everything, you know? But anyway, I was definitely disappointed that I didn’t get it for sure, but it’s okay. I don’t get every audition I’ve done, but I have gotten some pretty good ones along the way.”

In terms of which songs that they ran through during his audition for Ozzy Osbourne, Ranno indicated:

“Yeah, I do. It was kind of crazy when I got there. The vibe was very somber. When I got there, the keyboard player Don Airey said, “I never thought I’d play the keyboards again after the accident.” I understood exactly what he meant because it was so abrupt, and just so sad. Then he said, “You’re the first person we’ve played with since it happened,” and I thought, “Oh boy, I’m in a bad spot here.” I mean, who wants to be in that spot? So I just started riffing out on some general riffs, they joined in, and we just jammed for about forty minutes. And then we did “Crazy Train, “I Don’t Know,” and “Goodbye To Romance.” It was great, and we had a good time. I love those songs. I loved those first two Ozzy solo albums. Those are two of my favorite albums of all time, and it’s a shame I didn’t realize it sooner because they were playing the Capitol Theater, and I could have gone over there and said hi to Randy. I just had no idea it was the same guy. I got blasted for that too. People said, “Oh, he knew. How could he not know who is in the band?” I honestly didn’t people, so just shut up. [Laughs].”

You can read the rest of the interview with Richie Ranno at Vinyl Writer Music‘s website.