Station unveil animated video for single “I Need You Red” 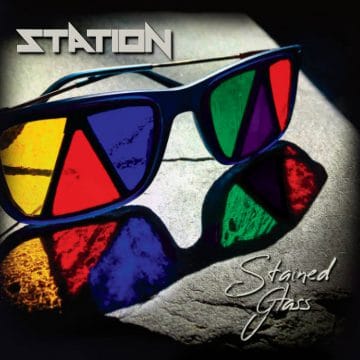 In an interview with Sleaze Roxx back in mid-October 2019, Lane commented as follows about “I Need You Red”: “… that song is a song that we had for awhile too. I wrote it about a girl I was seeing and this another good example of “old” us being interpreted by “new” us. The song itself is completely different sonically from the way that we used to perform it live. So we haven’t performed it live in like four years. Now, it’s a completely different song. So again, we’re very proud of where it came about. “Stained Glass” — also new and just inspired by the trip out east and “Al You Need Is A Heartbeat” is from the same era as “Never Enough.””

In terms of how Station came up with their album title Stained Glass, Lane indicated: “So it’s actually a combination of three things at once. It’s a song on the album. It’s our first instrumental actually, which is kind of cool. The concept of ‘Stained Glass’ for us was actually not like stained glass like you see in a church. So it’s actually — the theme of the album is the fact that there’s music coming from all over our career — songs that were written earlier on but never recorded, and new songs. So it’s a combination of the last couple of years and the reason that we picked ‘Stained Glass’ was the idea of filling up the same glass over and over again, and having remnants of yesterday today. So it’s an interesting kind of thing for us to reinterpret — let’s just say realize — songs that we were written by past us-es by modern us-es.”

Station‘s “I Need You Red” video: