New York rockers Station consisting of lead vocalist Patrick Kearney, guitarist Chris Lane, bassist Emi Asta and drummer Tony Baptist have unveiled a video for their latest single titled “I Can’t Find My Way” from their upcoming studio album Perspective, which will be available on October 8, 2021. You can pre-order Station‘s new album via their Bandcamp page. 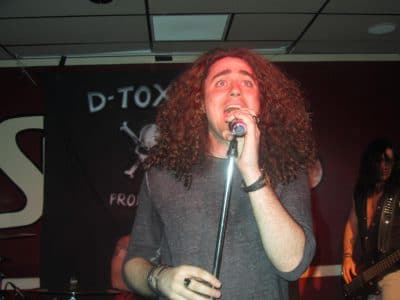 Sleaze Roxx stated the following in its review of Station‘s album More Than the Moon, which was released back in April 2018: “Not to cause too much confusion though, I will say one last thing. Station is a band on its own. These are the things I took from the listening experience. They have compounded their influences to make their sound. In no way is the music a blatant rip off of anyone unlike a certain band being heard on top 40 radio currently who shall remain nameless. For me, this is something I do not buy into. That’s a topic I will leave open for discussion at a later date. Read into that one how you wish.”