Station continue their rise in popularity as their sophomore full-length album More Than The Moon charted on the Billboard Heatseekers Chart last week. 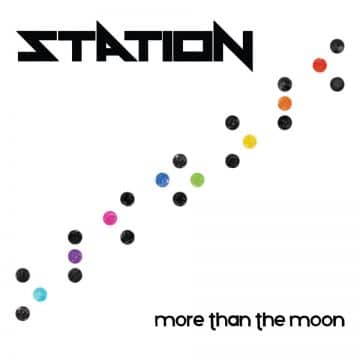 Noize In The Attic‘s press release states (with slight edits):

“Melodic NYC rockers, Station landed at #126 on last week’s Billboard Heatseekers chart with their sophomore album, ‘More Than The Moon‘.  In the days of sluggish record sales, where music streaming and pirating have all but decimated the physical music market, it’s virtually unheard of for an unsigned, self financed band to achieve this level of success in such a small window of time.  Guitarist Chris Lane states, “(making the Billboard chart is) more than insane. Thank you so much to everyone who has supported Station. I am going to quote my good friend Patrick Kearney on this matter as I feel like he best articulated the thoughts and feelings that are currently in my heart and more importantly, my soul:  “WE’RE ON THE F*CKING Billboard CHARTS!!!” Inspired words by a man who knows how to sing”
Station was formed in 2011 by guitarist Chris Lane and vocalist Patrick Kearney. Based in New York City, Station have toured all over the country, having played hundreds of shows as well as notable rock music festivals such as M3, Rocklahoma and many more. Station released the follow up to their critically acclaimed, self titled debut album this past week and the fan reaction has been nothing short of incredible. Station wear their influences on their sleeves…drawing from legendary AOR acts like Journey, Night Ranger, Bon Jovi and Europe, but adding a modern spin with stellar songwriting and permorances. If you’re looking for a band that plays no-nonsense melodic rock n roll… you need to check out Station. 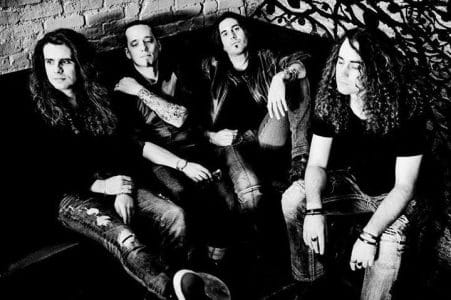 Fresh off their recent sold out hometown gig at Manhattan’s famous Gramercy Theater, Station will be headlining the M-Pre Party on May 3rd in Columbia, MD and the Melodic RockFest on May 4th in Arlington Heights, IL , and will follow with more midwestern dates.”

Sleaze Roxx recently interviewed Station guitarist Chris Lane and asked the guitarist about the M-Pre Party that the group will be headlining in two days and how it has helped the band. Lane advised: “Our largest fan base I think is in Maryland and the reason for that is people like Dave Dillman who runs the M-Pre Party. I think we first headlined it five years ago and we did it so many times that the good thing was that the fans that we had made previously came back and saw the band grow. They saw us play on an EP and than they saw us play when we released an album. And then they saw us play when we were just in the middle of tour and then, this year, it will be the new album. That’s been you know so helpful because to be able to go back to the same group of people who than bring a friend, who than bring a friend, who than bring a friend, is the way you grow in a live circuit. So, it’s been like a real shot to the arm to say, “Hey, there’s an energized group of fan base that’s going to keep giving them something.” Plus they get the backdrop of M3. It’s a win-win for everybody. It’s really helped us tremendously.”