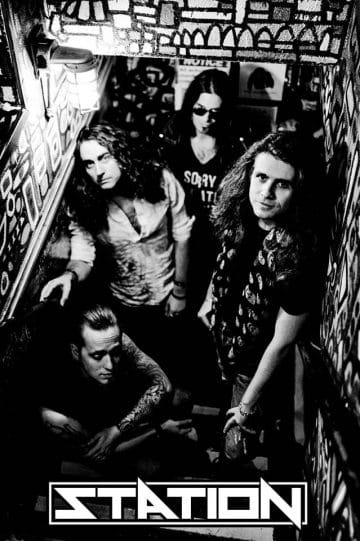 Speaking to Billboard, Station frontman  stated as follows about the band’s new single:

“It’s a great kickoff point because it’s very middle of the road in terms of our sound… Anyone listening to it for the first time will be like, ‘Okay, I get it — this is a rock band that’s rockin’…. It’s about not being able to recognize authenticity because you have had a fantasy for so long. In the video [for the song], we personified the fantasy as this really attractive girl, something that you chased after, but you romanticized it. So when reality kicks in, it’s kind of like, ‘Wait a minute, I can’t tell if this is real or not.’ ”

In terms of the new album Stained Glass, Kearney indicates (with slight edit): “The theme of the album, called Stained Glass, is the multiple colors of Station…. We wanted to showcase all of our influences. We have bluesy rock songs, we have some heavier songs, and we have some more Journey–Slash–Toto-ish ballads with bigger production. We feel like a lot of rock nowadays is either too stripped-down or too heavy, and we really like a bigger, melodic sound.”

You can read the rest of the article / interview with Station at Billboard‘s website.

Station‘s “A Matter of Time” video: