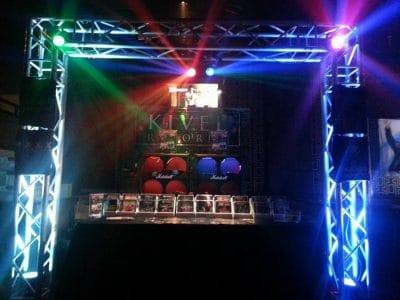 “So !! We made some boasts and promises of a big year planned for ’18. We hope to deliver and have as much fun with all of you while doing it. Of course as great of a year we have planned with shows, festivals a few surprises and tons of new releases from – The Rumours, The Great Affairs, Tango Down and more tba. All of that can’t happen without starting things off with a BOOM!

Like anything, you need to step up to the plate with a power house hitter to start the game. You need to set the bar for the rest to follow. We gave you a taste in Oct at RNS when we debuted a tune from the forthcoming album.

Come this Feb Steel City releases their debut album on Kivel Records, and we promise it won’t disappoint, but we’re not going to throw around blowhard marketing here. Feb 19th we will let all of YOU decide if it lives up to the promise.

Thanks to everyone that made ’17 such a fun and rewarding year. Look forward to doing it again over the next 12 months

*NEW Song and album cover to be released this month.”

A perfect union of Arena Guitars and Power House vocals. All combined with a wall of HUGE Harmonies which are meant to be showcased on stages big and small. Featuring Mike Floros Guitars and Bryan Cole Lead Vocals. Come together to form STEEL CITY