Steel Mountain Crossing consisting of lead vocalist Mark Huff (ex-Quiet Riot), guitarist Dennis D. (Tiger Claws), bassist Grant Dubois and drummer David Leighton have released their demo version of the Quiet Riot classic “Slick Black Cadillac” in advance of the release of their sophomore album — the EP Roads To Riot — which will be available on October 1, 2020. You can 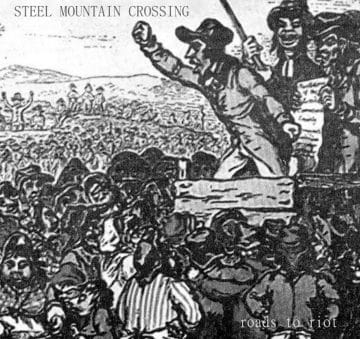 From the forthcoming EP entitled Roads To Riot to be released on Oct. 1 2020.

Still alive and well. We wanted to say hello and let you know we are doing a new project called Steel Mountain Crossing.

Dennis is an amazing guitarist. For years, he has been undoubtedly New York City’s best studio / session secret weapon guitarist  of trade and worked for everyone from Notorious Big, Lil Kim, P Diddy to Mayhem. He is a very diverse guitarist and he assembled a great rhythm section featuring Grant Dubois on drums and David Leighton on bass whom are some of the best studio session musicians in Seattle.”