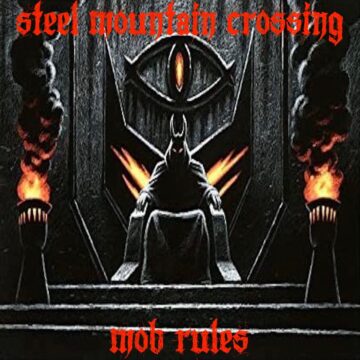 Last month, Steel Mountain Crossing announced that they were back together after previously disbanding seven months prior. The group currently consists of Huff and DiNunizio along with bassist Johnny Rod (ex-W.A.S.P., King Kobra) and drummer Kevin Grisso.

“Mob Rules” is the title track from Black Sabbath‘s tenth studio album released in 1981 and their second with Ronnie James Dio handling the lead vocals. The album was produced by Martin Birch who also produced Iron Maiden‘s albums from Killers (1981) to Fear of The Dark (1992).