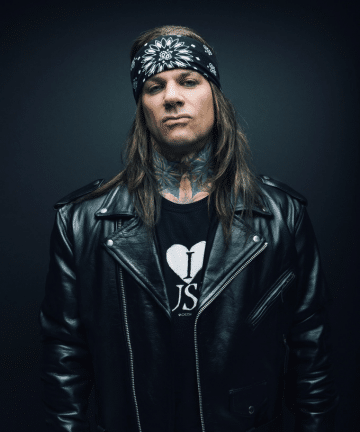 Comedy glam rockers Steel Panther have announced that they will be delaying the release of their fourth studio album Lower The Bar by one month from February 24, 2017 to March 24, 2017 apparently due to their drummer Stix Zadinia having to enter rehab.

In other news, we’ve had to push back the release of the new record until March 24th as our boy Stix has entered rehab. He wanted us to pass this along – “After months of touring the world, my taste for whiskey and Chipotle finally got the better of me and my stomach. I’d like to apologize to my friends, family, and especially Satchel, whose bottom bunk on the tour bus was on the receiving end of my many blacked out bouts of explosive diarrhea. Now that I’ve had time to clear my mind, and my intestines, I can get back to doing lines with all of you on the upcoming 2017 Girls in a Row Tour.”

Steel Panther have released two songs to date from their upcoming new album Lower The Bar, namely their cover of Cheap Trick‘s “She’s Tight” (featuring Robin Zander) and “Anything Goes.”