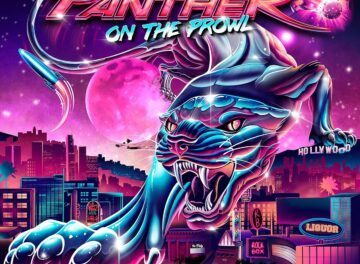 Steel Panther consisting of lead vocalist Michael Starr, guitarist Satchel, drummer Stix Zadinia and new bassist Spyder will be releasing their sixth studio album On The Prowl on February 24, 2023. The group has also unveiled a video for its new single “Never Too Late (To Get Some Pussy Tonight)”. 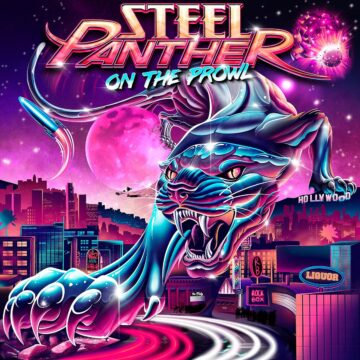 “On the heels of the recent addition of Spyder as their full-time bassist, California rock legends Steel Panther are announcing their sixth studio album On The Prowl. The album is scheduled for release on February 24, 2023 and features 13 new tracks from the creative brains of Satchel, Michael Starr, Stix Zadinia and Spyder. On The Prowl was produced by Steel Panther and is now available for pre-order in multiple configurations including  CD, Cassette, and 2 different color variant vinyl records here.

From the opening synth intro of “Never Too Late (To Get Some Pussy Tonight)” to the thunderous outro of “Sleeping On The Rollaway,” Steel Panther is back with the infectious riffs, pounding drums, unforgettable vocals alongside the witty humor that has earned them a global audience. Songs like “On Your Instagram,” “Magical Vagina” and “One Pump Chump” are sure to fit in on the biggest live stages next to the band’s most-memorable songs. “1987” is an incredible retro look at that unforgettable year and the band even slows things down on the reflective “Ain’t Dead Yet.” The first single from On The Prowl is the memorable “Never Too Late (To Get Some Pussy Tonight).”

“The song and video are an absolute public service announcement. People have been asking Steel Panther for advice on life, love and the pursuit of happiness for decades. ‘Never Too Late’ is a reminder to never give up, follow your heart, realize your dreams, overcome your challenges, navigate the rough seas, reach for stars and any other cliché you have in your pocket. Basically, what we are saying it is never too late to get some pussy tonight,”  explains Stix Zadinia.” 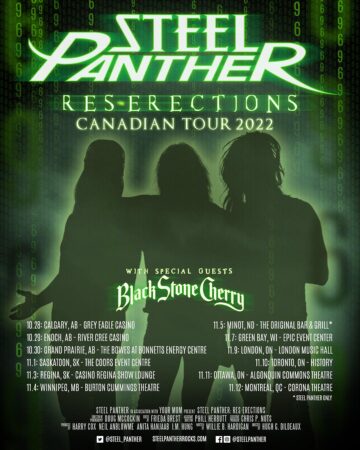