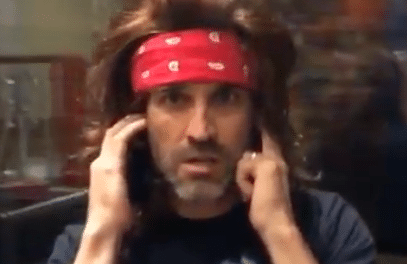 Steel Panther fooling around while working on new studio album 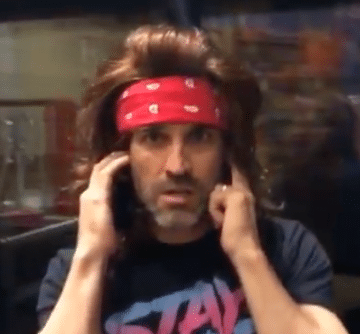 Steel Panther band members, Satchel (guitarist), Stix Zadinia (drummer) and Michael Starr (lead vocals) have released a video (see below) of the three of them following around at Sphere Studios in Los Angeles, California, USA while they work on the band’s fifth upcoming studio album.

Back in January 2018, Zadinia was interviewed by Amps And Green Screens, and spoke about the writing for the next Steel Panther album. Zadinia advised: “You know, we’re perpetually writing to be honest. Ideas are flying back and forth for song titles, and we draw from experiences we have on tour because that’s what we’re always doing. It’s an ongoing process and we just need to decide what kind of record we wanna do next. And that’s what we’re discussing right now, you know?”

In terms of the song “Now The Fun Starts” that can be found on Lower The Bar, Zadinia stated: “Yeah, that one is heavy. I think that’s the heaviest song on the album in terms of the groove and the bass line. It’s a gnarly song, and I can see us doing more songs in that direction. Uptempo heavy metal songs are killer, but we’ve done a lot of them and it’s fun to play a little different style musically. It’s sexy rock to me. When you fuck a chick you can’t fuck her all one way; sometimes you gotta slow fuck her, you know?”