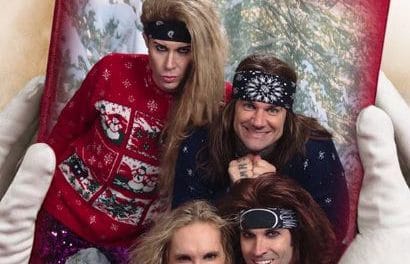 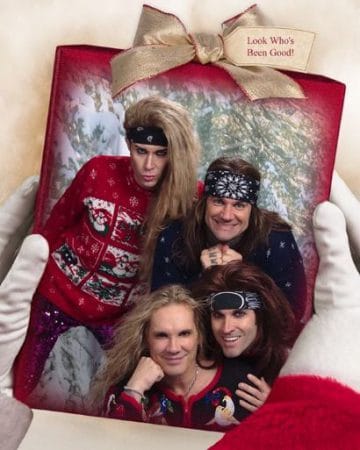 The band is currently working on its fifth studio album. The group’s fourth studio album Lower The Bar finished at #6 on the Sleaze Roxx’s Top Ten Albums of 2017 to which Sleaze Roxx stated:

“The problem that I think Steel Panther are starting to encounter is that they are now on year eight since the release of their phenomenal debut album Feel The Steel and they are still delivering the same type of songs. Now don’t get me wrong. I personally love it as just about anything that Steel Panther puts out music wise is brilliant. However, given that there isn’t that much evolution from Steel Panther‘s debut album Feel The Steel to their fourth studio album offering Lower The Bar, it could well be that people are starting to take the band a little bit for granted. After all, if Lower The Bar was the group’s debut album, odds are that everyone would be talking how great it is. In any case, Lower The Bar continues Steel Panther‘s fine tradition of very catchy songs filled with killer melodies and ridiculously demeaning and sexually charged lyrics. Once again, Steel Panther deliver some killer “ballads” (“That’s When You Came In” and “Wasted Too Much Time”), easy to like rockers (“Goin’ In The Backdoor” and “Poontang Boomerang”) and hidden gems (“I Got What You Want”) that make The Lower Bar just too good to ignore or leave out from the Sleaze Roxx’s Top Ten Albums of 2017.”

because it wouldn’t be the holidays without a Christmas special! Steel Panther TV presents: Cineminute “A Very Panther Christmas”!Follow Steel Panther at…

Official lyric video for “The Stocking Song” by Steel Panther! Get it NOW on iTunes: http://smarturl.it/SPStockingSongGet it on Amazon Music: http://smartu…