Steel Panther have released the first video in support of their upcoming new album Lower The Bar, which will be released on February 24, 2017. 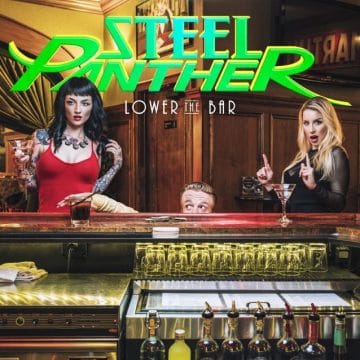 Sleaze Roxx stated the following with respect to Steel Panther‘s last studio album All You Can Eat (which finished #2 on Sleaze Roxx’s Top Ten Albums of 2014 and #7 on Sleaze Roxx Readers’ Top 20 Albums of 2014): “The ‘law of diminishing returns’ states that Steel Panther should have reached their expiry date a couple years ago — obviously there are exceptions to every rule. The band’s latest slab of brilliance proves that the well filled with perverse bathroom humor is far from running dry.