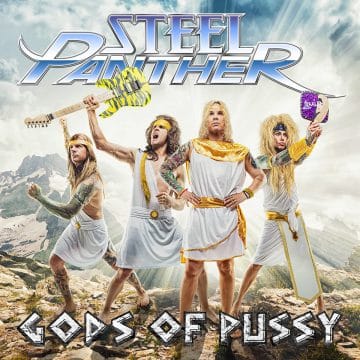 Sleaze Roxx stated the following in its review of Heavy Metal Rules including the song “Gods of Pussy”:

“I’ve got to confess that I was a bit disappointed when I heard the first single “All I Wanna Do is Fuck (Myself Tonight)” although it is really catchy and will no doubt be a live staple for many, many years to come. My slight disappointment turned to cringe level when I heard the ballad “Always Gonna Be A Ho.” The track definitely has some witty lyrics such as “Has your vagina never seen the shade?” but where are the cool hooks? The song might even work well live (I’ll likely see in December when I catch Steel Panther live in Toronto, Ontario, Canada) but the track is really a bit on the boring side and I am often tempted to skip it when listening to Heavy Metal Rules.

My cringe level then turned to simply being underwhelmed with the next released track “Gods of Pussy.” Sure, Satchel‘s guitar solo is a thing of beauty and there are some cool Van Halen influences that you can pick up while listening to the song but the chorus is quite dull and the verses not that much better. I got to say that I was seriously worried by that time that Steel Panther would not deliver the goods with Heavy Metal Rules. The last song released prior to the official release date of the album was “Fuck Everybody” which was back to more familiar territory with better hooks, melodies and an easy to sing along chorus.

Usually a band will release its strongest songs as a preview to get people to pre-order / buy its new record so by this time, I was quite concerned that Steel Panther‘s new offering Heavy Metal Rules would not meet my lofty expectations and not measure up to even All That You Can Eat and Lower The Bar. I am sad to say that this is indeed the case. Steel Panther have for the first time released an album with only a handful of really decent songs and with unfortunately and surprisingly, a couple of stinkers.”