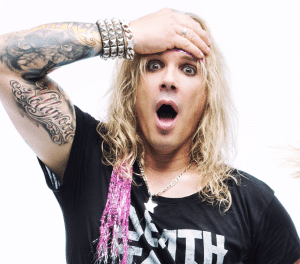 In an interview with French website Musik Universe, Steel Panther‘s frontman Michael Starr announced that the glam metal group will be recording their new album starting in June 2015. 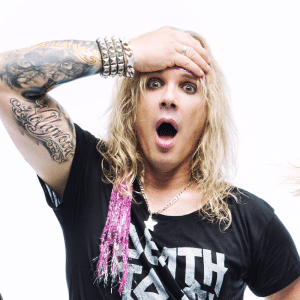 Steel Panther plan on recording five songs during each recording session, having four recording sessions in total and choosing the best songs out of those for the new album. Although the group is currently planning on releasing the new album later this year in October 2016, Starr warned that the band’s plans may change such as if they are offered a tour that they can’t refuse.

Back on February 26, 2016, Steel Panther released their first acoustic live album entitled Live From Lexxi’s Mom’s Garage. Sleaze Roxx stated in its review of that acoustic live album: “Live from Lexxi’s Mom’s Garage is a solid album. Steel Panther consists of an exceptional set of musicians, regardless of how you feel about their content. Listening to Satchel’s acoustic guitar playing clearly shows how talented he really is. There are no obvious overdubs or instrument tracking that I could detect from listening to the album. Michael Starr sounds, as always, like an early David Lee Roth. On several songs, the so called “Talented Ladies” of the string quartet add to the acoustic vibe quite nicely.”